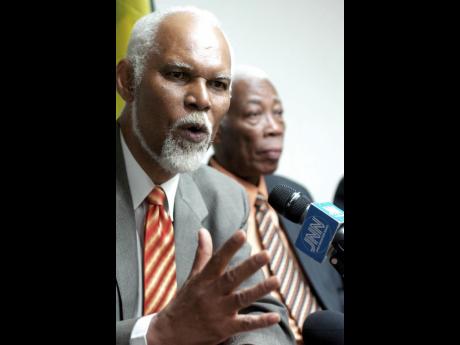 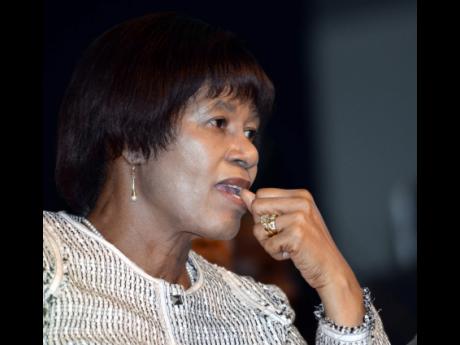 Riddled with flaws. That's how lawyers for Portia Simpson Miller, president of the People's National Party (PNP), described a 2011 ruling by then High Court judge, Justice Lennox Campbell, compelling her and other party functionaries to give statements in open court about a $31-million donation the party received from Dutch oil-trading company Trafigura Beheer.

The biggest error, according to lead attorney K.D. Knight, was Campbell's misinterpretation of a section of the Jamaican Constitution on which he based his ruling.

Making his submissions yesterday before the appeal court in the legal challenge that has stalled the Trafigura case, Knight argued that Campbell's reliance on Section 16 Subsection 3 of the Charter of Fundamental Rights and Freedoms was proof that he misconceived his role in the proceedings.

For years, authorities in The Netherlands have been seeking to get answers from Simpson Miller, PNP Chairman Robert Pickersgill, the party's Region Three chairman, Phillip Paulwell, former general secretary Colin Campbell, and businessman Norton Hinds about the controversial multimillion-dollar donation that was made in 2006 when the PNP formed the government.

In November 2011, Campbell ruled that all five should answer questions in open court and pointed to Section 16 (3), as he insisted that the nation's court should open itself up to the public glare.

However, Knight asserted that that section was not applicable to the Trafigura case and charged that Campbell made a "grave error" when he relied on it in his ruling.

"Fatal," the veteran attorney underscored in his submissions that were adopted by the attorneys for the other PNP functionaries.

Calling the matter "dead", he said Campbell's observation that the court should open itself up to the public glare would be a powerful statement in some circumstances, but insisted that "in these circumstances, it was totally out of place".

As further proof that the retired judge misconceived his role in the Trafigura proceedings, Knight charged that Campbell had inserted himself into the case, at one point asking questions of Hinds.

"No judge or prosecutor can simply call a person off the street and say 'go into the witness box'," he noted. "There are those who would want to call him the learned policeman, the learned administrator or something else, I don't know. But we know better."

K.D. Knight, lead attorney for People's National Party President Portia Simpson Miller, is arguing that the Trafigura matter is being pursued in futility, pointing out that under Jamaican law, as well as the Mutual Assistance Criminal Matters Act, his client and other PNP functionaries cannot be compelled to give witness statements to authorities in The Netherlands, home of the Dutch oil-trading company Trafigura Beheer.

To support his assertion, he cited Section Six of the Mutual Assistance Criminal Matters Act, which states that a person who is summoned to appear as a witness in Jamaica and fails to do so should not be subjected to any penalty or measure of compulsion.

"These proceedings should be interred because they are dead," he argued, while making his submissions yesterday before the Appeal Court.