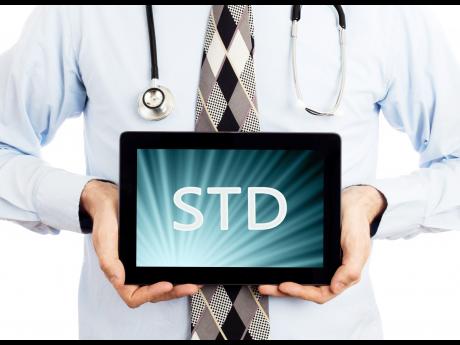 Researchers at the University of the West Indies (UWI) are becoming concerned about the rate at which Jamaica is seeing some sexually transmitted infections (STIs), which are becoming resistant to antibiotic treatment.

To counter this growing threat, the researchers are embarking on a study to test the effectiveness of the medication used to treat the STI gonorrhoea across the island.

"We are about to embark on a study where we go down to the clinics where they see those patients and collect swabs on all the patients," said Dr Alison Nicholson, head of the Department of Microbiology at the University of the West Indies.

"It is not just a matter of treating them, we want the samples so we can grow the thing for ourselves and test it against the drugs.

"We have actually written up the proposal and are in the process of getting ethics approval to conduct the study. Only then we will know what is happening in our local population," added Nicholson.

She said the study is slated to start in weeks and will cover clinics islandwide.

According to Nicholson, while persons diagnosed with gonorrhoea in Jamaica are usually treated effectively, there may be cases of resistance which local medical personnel are not aware of, and the study is designed to determine if this is the case.

Worldwide, dozens of antibiotic treatments are being rendered useless as some STIs have become immune due to misuse and overuse of the drugs in recent the years.

Last August, the World Health Organization (WHO) issued new guidelines for the treatment of three common STIs in response to the growing threat of antibiotic resistance.

The WHO noted that chlamydia, gonorrhoea and syphilis are all caused by bacteria and are generally curable with antibiotics.

However, these STIs often go undiagnosed and are becoming more difficult to treat, with some antibiotics now failing as a result of misuse and overuse.

The WHO estimated that worldwide each year, 131 million people are infected with chlamydia, 78 million with gonorrhoea, and 5.6 million with syphilis.

"Resistance of these STIs to the effect of antibiotics has increased rapidly in recent years and has reduced treatment options," said the WHO.

"Of the three STIs, gonorrhoea has developed the strongest resistance to antibiotics. Strains of multidrug-resistant gonorrhoea that do not respond to any available antibiotics have already been detected.

"Antibiotic resistance in chlamydia and syphilis, though less common, also exists, making prevention and prompt treatment critical," added the WHO.

The international body noted that left undiagnosed and untreated, these STIs can result in serious complications and long-term health problems for women, such as pelvic inflammatory disease, ectopic pregnancy, and miscarriage, and untreated gonorrhoea and chlamydia can cause infertility in both men and women.

"Infection with chlamydia, gonorrhoea and syphilis can also increase a person's risk of being infected with HIV two- to three-fold. An untreated STI in a pregnant woman increases the chances of stillbirth and newborn death," warned the WHO.

For Nicholson and her colleagues, the fear is that STIs like gonorrhoea could again pose a great threat to the island.

Nicholson said while syphilis is also a cause for concern, locally, this is not a major problem.

She argued that patient illiteracy and negligence on the part of some doctors are to blame for the resistance locally.

"Sometimes a patient may have the flu and so they go to the doctor and pressure the doctor, when in truth they don't need any antibiotics.

"It shouldn't be, and I'm not exonerating the doctors at all. The fact is that you shouldn't be giving patients antibiotics for flu," added Nicholson.

The planned study by Nicholson and her team would be in keeping with the WHO guidelines issued last year, which mandated member states to check on the level of antibiotics resistance locally.

The new WHO guidelines reinforce the need to treat these STIs with the right antibiotic, at the right dose, and the right time, to reduce their spread and improve sexual and reproductive health. To do that, national health services need to monitor the patterns of antibiotic resistance in these infections within their countries," said the director of reproductive health and research at the WHO.

Antibiotic resistance of these STIs has grown in recent years, which has limited treatment options.

- Neisseria gonorrhoea, the bacteria that causes gonorrhoea, has developed resistance to nearly all of the antibiotics used for treatment.

- Cephalosporins are the last effective class of antibiotics available to treat the infection.