We must protect the vulnerable, says GG 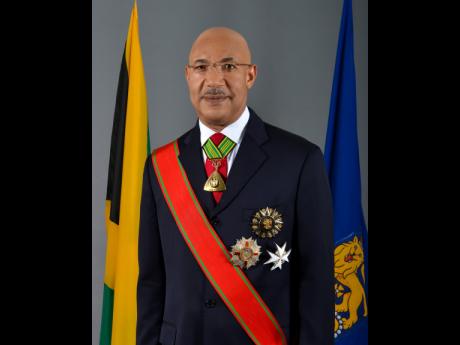 Jamaica's governor general, Sir Patrick Allen, is urging members of the local Baptist fraternity to become more resolute in promoting orderly living in their respective communities as a way of blunting the spread of crime and violence.

The governor general, who was bringing greetings at the closing service of 167th Annual Assembly of the Jamaica Baptist Union at the Montego Bay Convention Centre in Montego Bay, said that the church needed to make a difference in its respective communities.

"Make a difference in your community by being caring and law-abiding citizens," said the governor general. "Part of your mandate is to protect the vulnerable."

Sir Patrick, who is in his eighth year as governor general of Jamaica and who has been involved in numerous initiatives aimed at promoting law and order in the nation, said that he has been working closely with justices of the peace to get them to take on a stronger leadership role in their communities.

"Earlier this year, I had a training session for justices of the peace and I encouraged them to help people to know their rights and responsibilities, of which many are ignorant," said Sir Patrick.

In continuing his recent call for more Jamaicans of good standing to offer themselves as justices of the peace, the governor general told the more than 5,000 persons, who were in attendance at the convention centre, that he hoped that some of them would take up the offer.

"We need thousands more (justices of peace). If you are 21 years and over, make yourself available," he said. "Stand up against crime and violence against women and children and poverty. You have a duty to care, not only to your faith community, but to the nation on the whole."

The governor general's call comes sharply on the heels of a similar call by Justice Minister Delroy Chuck, who said that there should be a minimum of one justice of the peace to every one hundred persons.