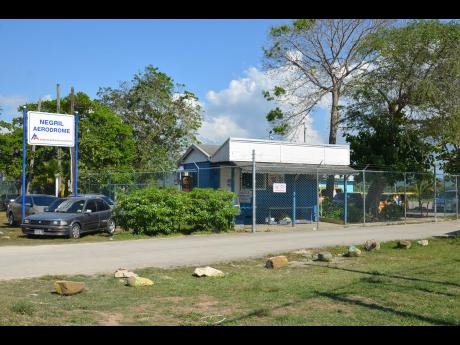 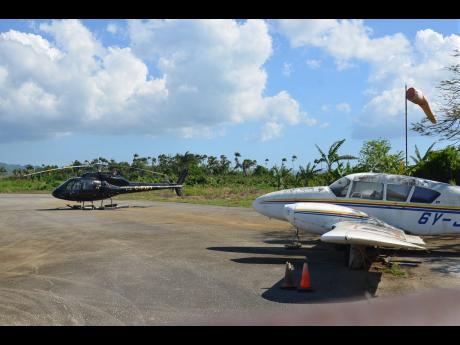 Claudia Gardner
Two aircraft inside the underutilised aerodrome in Negril.
1
2

The long-proposed upgrading and expansion of the Negril Aerodrome at Rutland Point in Hanover is listed as a priority task for the Airports Authority of Jamaica (AAJ) in Jamaica's National Development Plan, Vision 2030, but the facility remains under-utilised since it was downgraded in 2014.

In its 2010-2011 annual report, the AAJ stated that plans to upgrade the Negril Aerodrome were deferred to the next financial year, as a comprehensive project was being contemplated for the aerodrome's development.

But five years later, in its 2015-2016 report, the agency noted that during the period ... the Negril Aerodrome underwent a declassification (downgrading) exercise.

For many years, the aerodrome primarily served the tourist resorts located within the Negril area but activities were scaled down after several carriers terminated flights to the town.

Now hotelier and co-founder of the Negril Chamber of Commerce, Daniel Grizzle, says it is way past time for the AAJ and the Urban Development Corporation (UDC) to revisit and implement plans to relocate and upgrade the Negril aerodrome to an international port of entry.

"The UDC has lands pretty close by. The chamber wanted to have an airstrip that was capable of taking small jets - planes that could carry up to a hundred people. The problem with that little one is because of the location, closeness to the hotels and the proximity to the gas station; it is at the wrong location and cannot be expanded," Grizzle told The Sunday Gleaner.

"That airstrip was built in the 1970s when UDC started, to facilitate them ... so it served the purpose for what they intended it to be at the time, but it was not at an area that could be developed, so the chamber recommended they move it to this other location where there was room, where there was government land.

"It is just a question of the will to do it ... but they just were not keen," added Grizzle.

According to Grizzle, approximately 600 acres of government-owned sugar cane lands between the Orange Bay community in Hanover and the Great Morass had been identified decades ago as the proposed site for the new aerodrome.

Grizzle charged that if the Andrew Holness administration is serious about growth, it must ensure the plans to create the new aerodrome move full speed ahead.

"You could develop that airport in the west, which would service the development of the south coast and the whole area. This is among the things the TEF (Tourism Enhancement Fund) money should really be used to do because it would enhance the whole tourism product and generate more revenue.

"For the runway alone it would be a minimum of US$650,000 (J$81 million) the estimates showed at the time. Consider what it would do for Negril and the whole area, even if it is US$1.5 million today.

"The TEF could finance that easily and that would be a sensible investment that would do exactly what the thing was set up to do - the enhancement of the tourism product to make it more attractive and make more money because all those people would be spending," added Grizzle.

He argued that the tourism ministry's thrust to diversify the island's tourism product and attract new markets would be boosted with the establishment of the airport, and Kingston as a destination would benefit from a windfall, due to shorter commuting times by guests and residents in the west.

"There are a lot of weekender tourists, people from Florida who would want to fly in and play golf at the Negril golf course. People, including Kingstonians, would fly in for the weekend. The hotels could work with the golf club to have special weekend rates. It would make a whole lot of difference for our economic viability," said Grizzle.

He added: "The majority of the guests that now come to Negril, their average age is about 60. An hour in a bus is still too much for some of them; but if they come off the plane in Montego Bay and in 15 minutes time you are on the beach in Negril, it is an attraction. We have to move our tourism product to what the modern tourists want.

"For a lot of them, a four-hour drive to Kingston is not attractive. But they would gladly fly up, overnight in Kingston, so this could be used to promote Kingston. I can't see how or why they haven't developed the runway here.

"You have the land, the market, everything. Jamaica is good at writing these things like Vision 2030, but not so good at implementation. We make beautiful presentations but that's it. These are the reasons I get frustrated. There is no reason why Jamaica should be this poor. We have to decide to get up and do it."