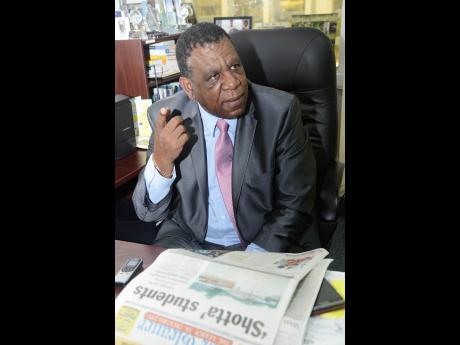 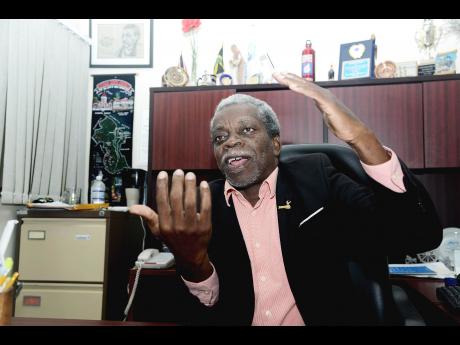 Armed with knowledge that high-school students are targets for recruitment into criminal gangs, head of the Criminal Investigation Branch, Assistant Commissioner of Police (ACP) Ealan Powell, has said that the problem must be confronted head-on by prioritising education.

He said that developing strong leadership at all levels of society is needed to bring the nefarious practice to an abrupt end.

Powell was responding to yesterday's Gleaner lead story titled 'Shotta students', which purports that gangs are targeting high schools to recruit the next generation of killers.

"It is clear that we are in a serious battle to save our young people, our boys, in particular. I think it is a serious situation when gangs are able to recruit directly from the schools and I also believe that strong leadership at all levels and making education a real priority may be the only way to put an end to this," he stated.

Powell said that a failure to denounce certain aspects of our culture could result in gangs having a stranglehold on the nation's children, many of whom have been hijacked by a culture of guns and gangsterism.

"Everywhere you look, there are students with flashy, name-brand clothes and expensive gadgets, yet they don't have books. Certainly, that tells us that the priority is not education," Powell said.

"The gang recruitment in our schools is a real and present concern for us, and if we fail to arrest the problem now, then we will be in for a really bleak future," he warned.

Assistant Commissioner of Police Ealan Powell said that the anti-gang legislation was in place and that it would take care of those found to be behind the recruiting of students.

"Gone are the days when role models in the community were decent pastors, policemen and women, and the postmistresses. Today, our children are being bombarded with sexually explicit information and gun talk that is no good for them," stated Powell.

"We will have to use structures, such as the police youth clubs and proper parenting, which will help a lot. Parents should exercise better control. Add to that the propensity to invest in material things and you will find why we are in the position we find ourselves," Powell added.

Meanwhile, Everton Hannam, president of the National Parent-Teacher Association of Jamaica, agrees that the focus must be on the prioritising of education.

Students being recruited into criminal gangs are a reflection of the society, Hannam told The Gleaner. He said that the phenomenon must not be viewed as an isolated activity, but one that has connections to the community and parenting.

"We have to first find where along the line these children were morphed into what we are now calling them - 'shotta' students - and to see how best we can approach it. There has to be a collective approach, starting with vital education of our children," Hannam said.