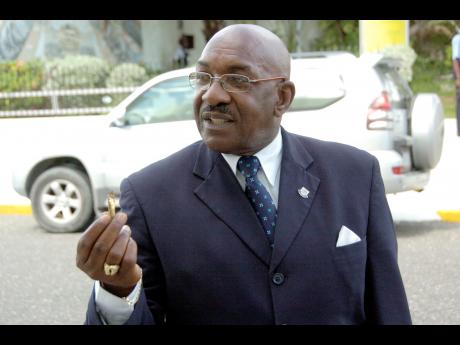 A member of the legal fraternity is supporting a lawmaker's suggestion that Jamaica should consider scrapping the term 'rape' and categorising it as one example of sexual assault.

Under Jamaican law, rape is the penetration of the vagina with the penis without consent. Children's Advocate Diahann Gordon Harrison, on Wednesday, told the committee reviewing the Sexual Offences Act that the definition should be revised to include protection for boys. Her recommendation follows those of the United Nations and the Jamaica Community of Positive Women, which have called for other forms of penetration to be considered as rape.

But committee chairman Delroy Chuck says based on the proposals, it may be better to remove the rape designation from the laws. "When you look at the definition of rape, if you take it too broadly, it becomes meaningless. That's my view. Instead of calling it rape, you just call it a sexual offence or assault. "Do you think that, as many countries have done, rape should include not only penetration of the vagina, but, as you say, the nose and ears? It seems to me to be getting a bit wayward."

Attorney-at-law Ernest Smith said he believes the term rape should be scrapped, similar to what Canada did in reforming its criminal code in 1983. "At the end of the day, the gravamen of the offence is the lack of consent. A sexual [act] that is not consensual is an offence. Why call it rape? Call it sexual assault. What Chuck said makes a lot of sense," said the lawyer, who added that he agreed with redefining sexual intercourse and rape to make them gender neutral.

Smith, a former legislator, said he does not believe that getting rid of the rape designation will affect how penetration that is not consensual is viewed. "One must not be carried away by such terms," he said

Any definition must protect all genders - JFJ

Prominent human rights group Jamaicans For Justice (JFJ) has said it will make its views known when it appears before a committee reviewing the Sexual Offences Act. JFJ's position on the matter, said Rodje Malcolm, director, will come when the group makes its oral presentation, which, he said, was likely to be at the committee's next meeting scheduled for June 7.

But he noted that "any definition of the sexual offence needs to always recognise the gravity of the offence and, of course, must provide equal protection for genders and all statuses".