Bloody bets! - BGLC warns 'victimless crime' is putting billions of dollars into the hands of criminals 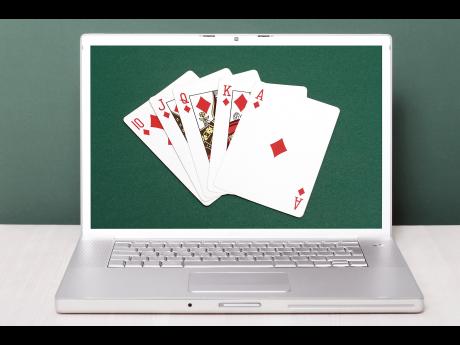 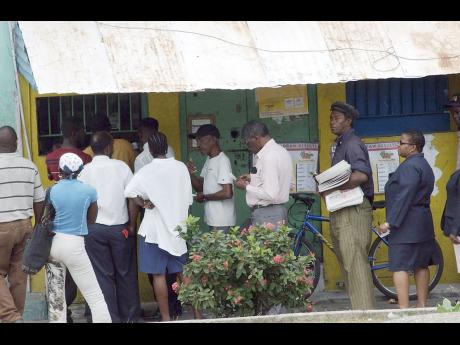 Punters in line to place their bets on their game of choice. 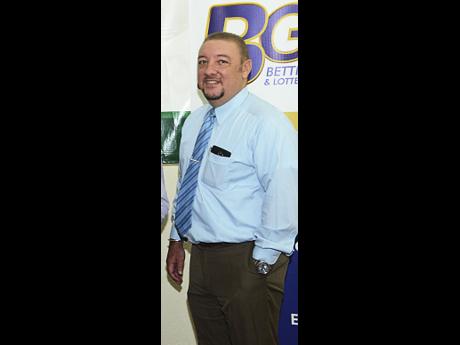 Despite reports that illegal gambling operations are raking in an estimated $2 billion each year, with a big portion of that money going into the criminal underworld, several Jamaicans continue to spend their money with these illicit operators, justifying this by claiming that it is a victimless crime.

But not so, says Noel Bacquie, director of the enforcement division of the Betting Gaming and Lotteries Commission (BGLC), who is concerned about the flow of money to criminals.

"Now, I've heard it referred to as a victimless crime, that nobody gets hurt, but truthfully, I have a different take, or a different opinion, on the matter.

"This, as you know, generates a lot of money, and while the BGLC doesn't have any scientific data or methodology for how to calculate the value of the underground economy when it comes to illegal games, others have put this figure into billions of dollars," Bacquie told The Sunday Gleaner.

"So this is a revenue stream for them - just like drugs, just like guns, illegal cigarettes - so this is just another revenue stream for them. This goes into funding gangs protecting their turf, buying guns, all of the things that come with organised crime. This is a part of it. So even though somebody might not directly be murdered over illegal Cash Pot, clearly, the money that's being used from it results in deaths and gang warfare," added Bacquie.

He said that the most prevalent problem that the BGLC faces is an illegal take-off of the Cash Pot game run by Supreme Ventures Limited (SVL).

Under this scheme, the illegal bookies offer odds, usually $10 to $20 more than SVL, and piggyback on the official draws done by the company to take bets each day.

"That is an uphill battle. You can appreciate that it takes very little effort and resources as well to start an illegal business. The infrastructure they are using is Supreme Ventures. So all you need is a little cash in your pocket, an exercise book, and a pen.

"You just write down your bets, and hopefully, you are smart enough to limit the amount of bets. So the money you have to pay out is less than what you have in your pocket, and then you grow your business from there," said the BGLC official.

He noted that with the infrastructure already in place, the illegal operators take bets on the five draws each day from SVL and pay out based on the number drawn in the official game. This allows them to earn big bucks with little effort, using very little resources.

With just four BCLC investigators to police the entire island, the BGLC has its hands full trying to catch the illegal operators who work on any corner, street, or land.

Bacquie is looking to ease their work load in the short term by hiring at least two more investigators soon.

In addition, with its memorandum of understanding with the Counter-Terrorism and Organised Crime (CTOC) Investigation Branch of the Jamaica Constabulary Force having expired, the BGLC is reviewing its collaboration with the cops.

"What I'm looking to do is change up a little bit the way in which we operate. Instead of relying on officers from CTOC whenever we have an operation to make an arrest because none of my investigators has powers of arrest, I want to have somebody on secondment here full time so that any time we do arrests, we have somebody in-house. We don't have to call to make arrangements as to availability," said Bacquie.

Last year (2016-2017), investigations by the BGLC led to 26 persons being arrested for illegal gambling. This represented an almost 63 per cent jump over the 16 persons arrested during 2015-2016, and Bacquie is confident that the number will increase even more this year. Approximately 90 per cent of those arrested were convicted.