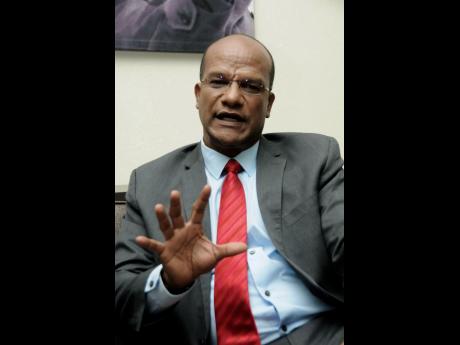 The People's National Party (PNP) said that it was concerned about murder statistics, which have revealed that up to last week Saturday, 639 persons had been killed since the start of the year. The first 10 days of June accounted for 68 of those murders.

In the previous month, 137 persons were killed.

Opposition Spokesperson on National Security Peter Bunting, in a statement to the media yesterday, accused Prime Minister Andrew Holness of remaining silent in the midst of spiralling murders.

"The runaway murder rate is an indication of systemic weaknesses within the national security apparatus. The deafening silence from the prime minister and the absurd statement from the minister that "gangs are under pressure" only contribute to the sense of drift and alternative reality within a sector critical to both public safety and economic growth," the statement read.

"The Opposition is gravely concerned as these murders are occurring right across the country, with only two of the 19 police divisions showing any improvement. For the first time in many years, the Metro Area - Kingston and St Andrew and St Catherine - has the highest percentage increase in murders as opposed to Area One."

In the statement, Bunting said that various warnings and recommendations were directed at the Government but were never heeded.

He said that the reduced allocation for national security in the 2017-18 Budget was incompatible with the stated goal of citizen security being the number-one priority of the Government and the Economic Growth Council.

On Saturday, a man and a woman were murdered on Red Hills Road, St Andrew. Dead are 26-year-old Lincoln Francis of a Burnt Hill district address in St Andrew and Norma Jones, also known as 'Empress', of an England address. The police are investigating.