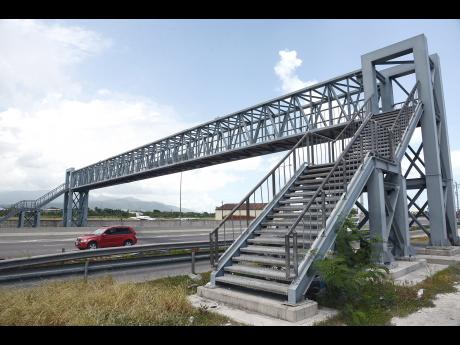 Norman Grindley
Pedestrians refuse to use the overhead bridge on Marcus Garvey Drive in Kingston. 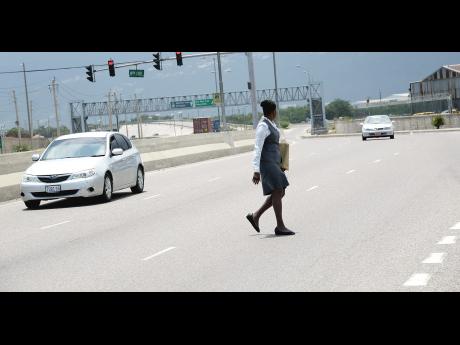 Norman Grindley
A woman makes her way across the busy Marcus Garvey Drive in Kingston yesterday. In the background is the overhead bridge. 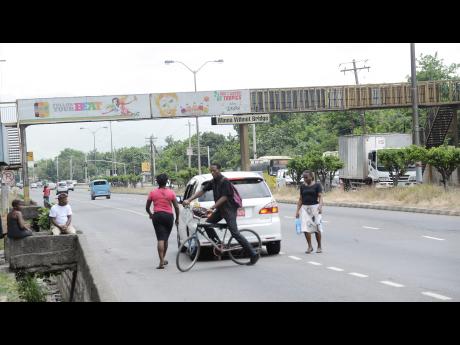 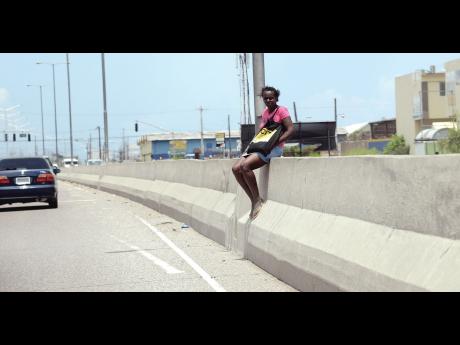 Norman Grindley
A woman climbing over the median on Marcus Garvey Drive in Kingston yesterday instead of using the overhead bridge.
1
2
3
4

Scores of pedestrians are shunning overhead bridges constructed around the Corporate Area to allow them safe passage across busy roadways, putting their lives in danger in the process.

The reason put forward by some pedestrians for not using them is that they are inconveniently located.

One hundred and fifty persons have died on the nation's streets since the start of the year, and of that number, 38 are pedestrians. Thirty-two pedestrians were killed all of last year, according to data from the Ministry of Transport Road Safety Unit.

The data further show that 13 pedestrians age 60 or older have been killed on the nation's roads since the start of the year, with a further 13 between age 20 and 59 being killed.

The overhead bridge in the vicinity of the Tinson Pen Aerodrome in Kingston is a perfect example. According to one commuter, its location gives pedestrians little option but to try dodging speeding cars to reach the other side of Marcus Garvey Drive.

"This one is so badly located. I don't know what kind of thought went into its construction. To me, it was done as an afterthought because I don't need to have a science degree in civil engineering to see that it's in the wrong place," one woman, who gave her name only as Campbell, said.

An estimated 40,000 vehicles use the six-lane Marcus Garvey Drive daily.

"It makes no sense for anyone to get off the bus here, then walk to a point where the bus already passed, up the steps of the bridge, then back another 200m and more to reach their destination," Campbell noted.

It was a similar situation on Washington Boulevard in St Andrew, the location of the Minna Wilmot Bridge. There, while young children tend to use it, adults prefer to take their chances crossing the busy thoroughfare.

"Big people nuh use it at all. Is mostly small children walk pon it, and the older schoolaz dem nuh use it either," said nearby resident Michelle Grant.

Paula Fletcher, executive director of the National Road Safety Council, said that the lack of usage has its roots in indiscipline.

"People really do not like using them. So even if they are placed at an ideal location, people simply would just continue ignoring them. And that's because of the level of indiscipline in the society," Fletcher said.