Twice as bright - Alpha Primary Students Stand Out in GSAT 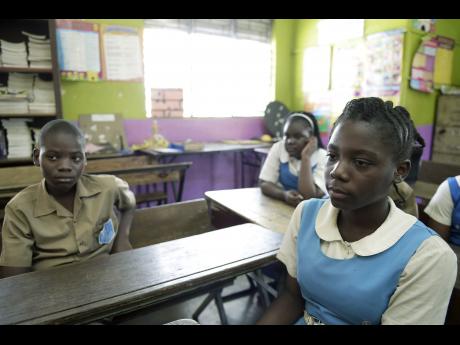 Gladstone Taylor
Twin brother and sister Shiane (right) and Shane Barnett in a reflective mood at their school, Alpha Primary in Kingston yesterday. 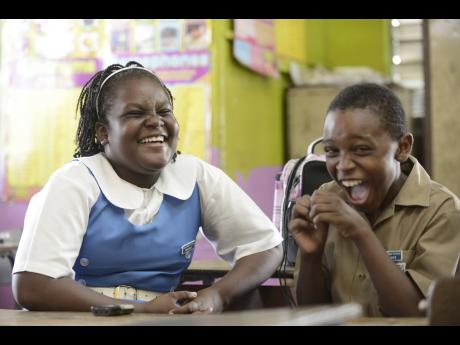 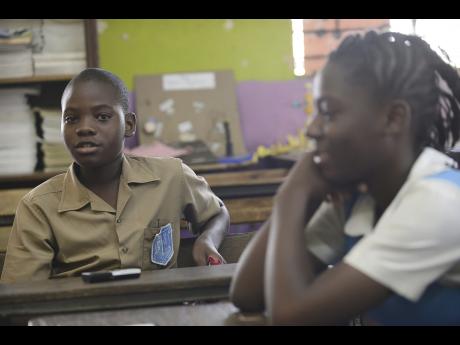 Since birth, Shane and Shiane Barnett have done most things together, including preparing for the Grade Six Achievement Test (GSAT).

The twin boy and girl, who attend the Alpha Primary School in Kingston, started out with grades that told them that they had work to do. However, their journey through Alpha saw improvements in their grades, with their averages being described as very good.

Shane and Shiane are moving on to traditional high schools.

Shane, who gained a 90.6 per cent average in GSAT, indicated that even though mathematics was his weakest subject, he had a hard time, generally, scoring above 90 per cent averages.

"It was challenging because I wasn't getting the high grades when I just started grade six. I didn't want to fail GSAT, so I decided to push myself. My teacher also supported me, and she was the main motivator," he said.

"I was so excited when I heard my results because I never gave up. I was always pushing," he continued.

He will be going to St George's College in Kingston. His grades were 87 per cent in mathematics; 87 per cent in English language; 93 per cent in both social studies and science; and 11 out of 12 for communication task.

His sister, Shiane, expressed similar sentiments, having gained a 93.6 per cent average. She moves on to Wolmer's High School for Girls in Kingston.

"I didn't start off so strong, but I started to improve. We were scoring in the '70s and '80s, but we managed to push through as we started to do our monthly tests. That day (results) I was excited and very scared because I was not sure I was going to pass," the 11-year-old told The Gleaner.

"My intention is to do my best at Wolmer's and not get into any trouble."

Mathu Wallace and Demaria Walker were named the top boy and top girl, respectively, having achieved the highest averages at the school.

Mathu, who moves on to Ardenne High School in St Andrew, gained an average of 98.4 per cent. He said that there were many times he felt like giving up.

"Preparation was very very difficult because every day I was at school from minutes after six (in the morning) to 6 p.m. Sometimes I got stressed and felt like giving up because it got very hard," he said.

Demaria, on the other hand, who will be going to Campion College, noted that she recognised from very early the sacrifices that had to be made and decided to push beyond the hurdles. Her average was 98.8 per cent.

Other standouts include Daniel Miller and Kayona Campbell, who will be moving on to Campion College; and Toniann Lawrence, who gained a place at Wolmer's High School for Girls.