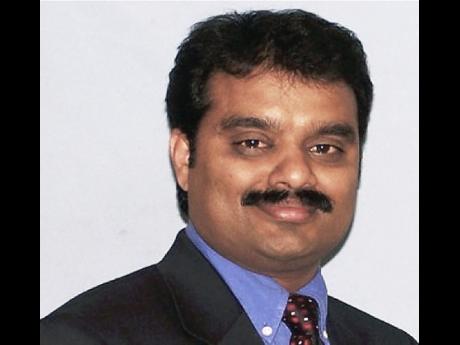 The Jamaica Special Economic Zone Authority (JSEZA) has rubbished claims that fees and regulations under the SEZ Act are already having a negative impact on the business process outsourcing (BPO) industry, a sector earmarked to spearhead economic growth.

In a recent release, Dr Guna Muppuri, the outgoing president of the Business Process Industry Association of Jamaica (BPIAJ), claimed that the sector has stagnated because of the "ongoing climate of uncertainty surrounding the SEZ legislation, and the range of new fees and taxes being imposed on the sector.

"Chief among the BPIAJ's concerns is how the industry will be treated under the Special Economic Zone regime, which imposes not only a host of fees and regulations, but also more red tape and bureaucracy," said Muppuri, whose organisation represents approximately 45 players in the ICT-BPO sector.

"We can see the impact on our industry. New investors are holding back, observing the Government's legislative moves, and existing players are slowing the pace of expansion while they assess whether Jamaica will continue to be an attractive BPO destination," added Muppuri.

However, in rejecting Muppuri assertions, a statement from the Metry Seaga-led JSEZA stated that the fees and guidelines for operators in the sector have not affected the growth agenda.

"We are happy to report that we have, in fact, taken on board some of BPIAJ's recommendations through our series of stakeholder meetings," the JSEZA release stated. "Contrary to the BPIAJ's outlook, we are encouraged by the industry's potential growth as we are currently processing applications from BPO companies seeking to establish and expand existing businesses in Jamaica."

According to JSEZA, the development of the SEZ was done in concert with a number of key players across a range of industries in Jamaica, including players from the BPO industry, and members of the BPIAJ executive.

Jamaica's Business Process Outprocessing (BPO) industry has been identified as the main driver of the country's growth agenda, and the Government has targeted the creation of 100,000 BPO jobs in five years. Today, the BPO sector is the island's largest employer, and the fastest growing industry, contributing more than US$400 million annually to the local economy.

The SEZ Act was passed in January 2016, repealing the Jamaica Export Free Zone Act, and included tax and customs incentives for qualified entities. The BPO sector enjoys the highest employment growth rate of any sector in the last decade and presently accounts for more than 22,000 jobs across the island.

"We are currently working to oversee and finalise the enactment of the new regulations which will govern the SEZ space." The release continued.

The release further stated that within the SEZ regime, businesses will pay a headline income tax rate of 12.5 per cent, which could be further reduced to 7.75 per cent with the application of promotional tax credits (for training and research and development) and Employment Tax Credit.