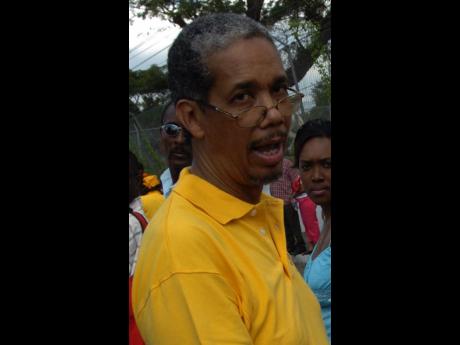 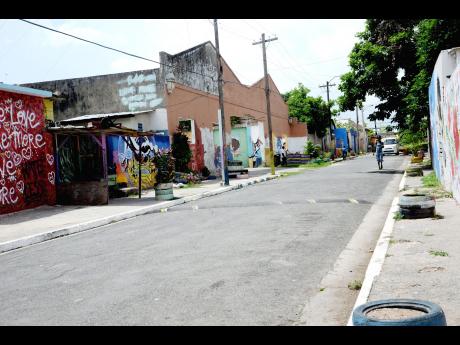 Norman Grindley
A partially empty Fleet Street in Central Kingston. The area remains tense after the killing of an 11- year-old girl last month.
1
2

Although in support of the proposed Zones of Special Operations Bill, Paul Burke, former general secretary of the People's National Party (PNP), believes that it will not be enough to eliminate, or at best stem, the high crime wave sweeping across Jamaica. In this regard, he is putting forward several recommendations to make the legislation now being debated more effective.

"The zone alone by itself will not dent crime, but it will assist the constabulary force. It will not stop the problem we have had up and down for the last 40 years since the introduction of the Suppression of Crimes Act in 1974," Burke told The Gleaner.

In addition, he said that the current crime crisis may have been avoided if both political parties had supported the 15 recommendations set out in a report from the National Committee on Crime and Violence, dated June 11, 2002.

"Looking at what, most likely, will be the passing of the bill into law, it brings back to my memory the 15 recommendations from the National Committee on Crime and Violence in 2002. If the Government and Opposition had supported it, this crisis would have been averted," said Burke.

Pointing to the recent flare-up of gang warfare in central Kingston as an example, Burke said that special zoning would require added social support if it is to have any chance of succeeding.

"It's a challenging problem because when you get down to the community level, they are going to say they need training and jobs and not a short-term solution. There are many other communities like [those in] central Kingston," he noted.

"The Jamaica Emergency Employment Programme (JEEP) provided some temporary job creation. It was only temporary, but it helped tremendously for the communities in which the programme was going on, but good-paying jobs remains the critical factor."

Among his recommendations to support the zones of special operations are more training and job opportunities, the need for effective community policing, and a reinvestment in the values and attitudes programme. He said that these were all critical elements for any social reengineering.

"The zones of special operations should, in all fairness, be a final resort. After these things are put in place, then you may see a sustained reduction in crime," the PNP stalwart said.

Residents in a section of central Kingston, where an 11-year-old girl was murdered on June 22, say that they would welcome a decision to designate their community as a special operations zone. However, it must come with a workable social plan.

"The authorities need to understand that most people in a community like this one (Site) and over at Tel-Aviv want to live in peace. We crave for it, but even after that, what else is there for us?" asked one resident.

"We have no work. There is little if any social activity for the children. We don't even have a park where we don't have to pay to enter that the children can have fun," said another.

The Zones of Special Operations Bill, which was passed in the House of Representatives last month, is to be debated in the Senate tomorrow before becoming law.