Heavy helicopter presence over certain communities - Mapping them out before the security forces move in? 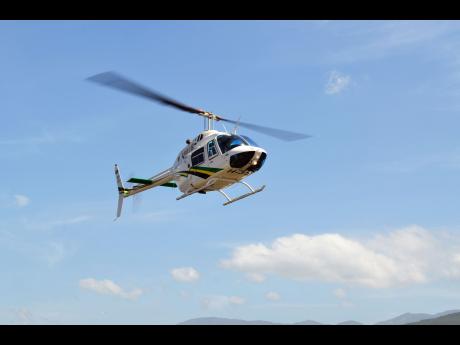 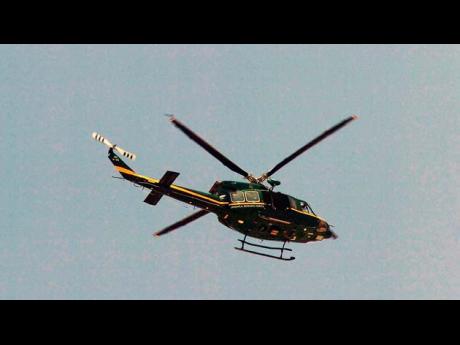 Heavy helicopter presence over certain communities within the Corporate Area has been explained by Col Jamie Ogilvie, the man in charge of operations at the Jamaica Defence Force, as a method for deterring, detecting, and defeating criminals in their endeavours, especially as the security forces await the go-ahead to enter designated zones of special operations.

Ogilvie was speaking with The Gleaner on Wednesday at Up Park Camp in St Andrew.

"The message, not just to criminals, but to the wider society, is that we are mandated by law to support the police and to work with them to ensure that criminality does not present a threat to the rule of law and public order. Our presence, whether we are actively following criminals or just maintaining a presence, is to reassure citizens."

Ogilvie stressed that law-abiding citizens need not worry about the presence of the military or the police within their communities, while also reminding them that members of the security forces have families themselves, which they would love to raise in a safe nation.

"Members of the security forces, we all have families right across Jamaica, and we want Jamaica to be a place where we can live, raise families, and do business. Citizen security and safety is our job. If you are breaking the law, you are going to be held accountable," the army man told The Gleaner.

... A step in the right direction

Responding to enquiries from The Gleaner as to whether the Zones of Special Operations initiative is a perfect opportunity to finally rid Jamaica of criminal elements, an assistant commissioner of police, who requested anonymity said that it was simply a step in the right direction. He said that over the years, the police have always managed to take hold of troubled communities but have not been successful in building them up through social agencies.

He also added that the soldiers being granted constable powers only gives the security forces added strength to tackle criminality.

"I wouldn't say it is perfect, but it is a step in the right direction. We have been clearing and holding, but we have not been building. One of our greatest opportunities is for us to have that build component commence, and with sustainability, holding accountable those agencies of government that have a remit and responsibility for social development.

"Soldiers are our greatest support at the national-security level. Their powers to arrest are not going to inhibit or take away from their normative actions. What they will do is give us a wider opportunity to keep and contain criminal activities. The training we are doing now is to increase their understanding of the roles of arrest, seizures, and detention, so it is going to improve their working relationship with the police and with the citizens," the ACP told The Gleaner.