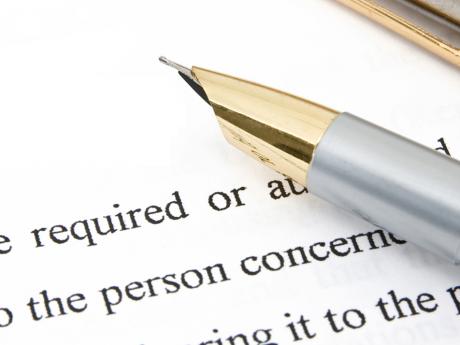 The Gleaner has obtained a copy of the letter written by a senior police officer to the Police High Command which has triggered intense worry about the operations of the Firearm Licensing Authority (FLA).

The National Security Minister Robert Montague has summoned the FLA board to a meeting today in light of the concern.

In the letter, the senior cop asked the high command to appeal to the FLA to revoke the gun permit held by a man said to be a major player in organised crime.

On the recommendation of the senior cop, the police high command earlier this year wrote to the FLA advising of the concern and revealing that the weapon was being held by the police as an exhibit in a crime.

Speaking today on RJR’s Hotline, FLA executive director Shane Dalling revealed that the permit has since been revoked.

Originally, the permit application was denied by the former FLA board in 2015 but was granted by the current board in 2016. See below, an edited version of the letter from the senior cop to the high command about the firearm holder:

Information has been received from very reliable source that (name removed) of (community removed) is a major mastermind in the illicit lottery scam and stolen motor vehicle ring. Information also revealed that he is the holder of licensed firearm recently issued by the FLA which has attracted much displeasure from the police and decent law abiding citizens who are questioning his eligibility in light of his known involvement in organised crime.

It is understood that the subject is the owner and operator of (business removed) (parish removed).

However, it is obtained that he is using this to launder his ill-gotten gains and as front to more nefarious involvement which are considered his main income generating stream.

He is the head of a wide network of lottery scammers. The subject was arrested and charged (month date and date removed) 2017 for illegal possession of a firearm and (other charges removed).

The offences were allegedly committed with the use of the licensed firearm bearing serial number (removed) consequently, the firearm and ammunition were seized by the police.

The presence of (name removed) and more so, his criminal involvement in (community removed) is attracting some level of fear among the general citizenry.

His financial strengths has enabled him to befriend and recruit for corrupt purposes employees of public sector organisations including current and past members of the JCF stationed within (parish removed).

Based on the foregone, I strongly advise that the high command makes serious recommendations to the Firearm Licensing Authority to have the license issued to (name removed) revoked.