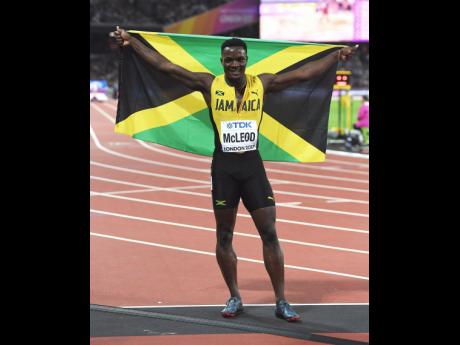 Ricardo Makyn
Omar McLeod celebrates after winning gold in the men’s 110m hurdles in 13.04 seconds at the 2017 World Championships in London. 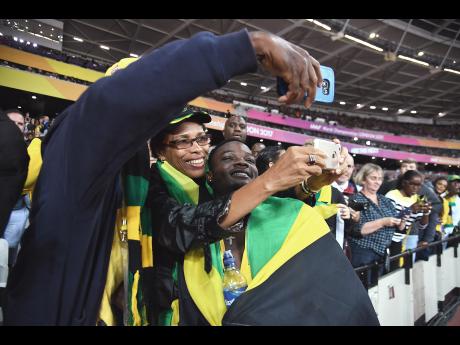 Ricardo Makyn
Jamaicans celebrate with Omar McLeod after he won gold in the men’s 110m hurdles in 13.04 seconds at the 2017 World Championships in London. 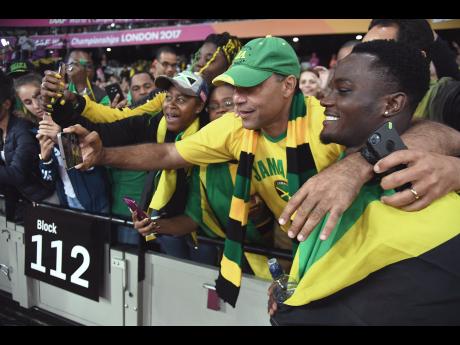 Ricardo Makyn
Jamaicans celebrate with Omar McLeod after he won gold in the men’s 110m hurdles in 13.04 seconds at the 2017 World Championships in London.
1
2
3

Moments after adding the World 110m hurdles title to the Olympic crown he won in Rio last year, Omar McLeod not only dedicated his win to Usain Bolt's legacy, but also noted that he is already thinking about next season's challenges - the 100m and 200m.

McLeod, flag draped across his torso, underlined that he was determined to lift the gloomy mood in the Jamaican team camp following Usain Bolt's third-place finish in the final individual race of his career and Elaine Thompson's surprising fifth-place finish - both in the 100m event.

"The mood was very daunting; everybody's face was down and I felt it, I took it upon myself to really change that. I wanted to bring the spark back because there is still hope," McLeod stated, talking almost as fast as his hurdling.

McLeod's 13.04-second win at the World Championships in London secured his second straight gold medal and confirmed his dominance of the sprint hurdles event, as he darted across the line for his 10th win in 11 races this season.

UP TO US NOW

He is also hoping that it will energise the Jamaican contingent after what has been a tough start to the championships, with Bolt's 100m bronze being the only other medal won after four days of competition.

"We lost the two major sprint events that Jamaica normally dominate in, and I was like, it's up to us now - we have the 400m, the hurdles, other events, it's up to us to make the difference," said McLeod.

Russian Sergey Shubenkov, competing as a neutral athlete, backed up his gold from two years ago with a silver medal performance in a time of 13.14, with Hungary's Balazs Baji taking the bronze in 13.28. Hansle Parchment was eighth in 13.37.

"I am overcome with emotion. It was a hard race and probably one of the hardest line-ups in history, and I really wanted to bring the spark back to the Jamaican camp. It was really down and I think it was up to me to set that momentum again, especially after what happened to Usain and Elaine, and I especially wanted to dedicate this to Usain Bolt's retirement," McLeod said.

McLeod said he will compete in the 60m hurdles indoors and is likely to compete in the 110m hurdles at the Commonwealth Games but will be using the absence of a major global championship in 2018 to now focus on the 100m and 200m events.

"Probably the 100m and 200m. I will do the sprint hurdles indoors and focus on the sprints outdoors, and the 200m is my favourite event. The sky is the limit," said the gold medallist.