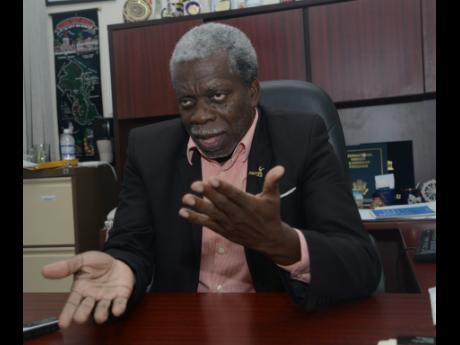 A call is being made for improved dialogue between school administrators and parents as a way of addressing issues regarding payment of fees and contributions.

Everton Hannam, president of the National Parent-Teacher Association of Jamaica (NPTAJ), said while he will not comment on the current conflict between Education Minister Ruel Reid and some school administrators, going forward more consultations are needed with all stakeholders to ensure that students are not deprived of a quality education.

"There are instances where the PTA would have entered into discussion with the school authority and they would arrive at plans as to how much parents would pay for a new term and what these contributions are for, and we applaud institutions, educators and administrators who would have followed those procedures in continuously consulting with PTA," he said.

"Equally, there are those institutions which would have forced on some of those costs on parents and at the same time establishing a sort of barrier in the event that you don't pay these fees or make these contributions, like being prevented from a number of things, including graduation and receiving your school report, and we believe those impositions are incorrect."

Hannam added, "Parents continue to make tremendous financial contribution over the years, from buildings to classroom block to science labs and to outfit a number of activities in schools, in support of teacher, in support of parents and other areas. So it is without any shadow of a doubt that our parents are committed to contributing to the quality education that they want their children or their ward to receive."

The president added, "Also, you cannot, in the middle of a semester, ask a parent to fork out X amount of money which was not programmed for. It speaks to the frugality of the operations of a number of institutions, because if you have a cash-flow system, you would know how much you are going to need for a particular year, how much you are going to need from parents, and so parents can also do some budgeting."

In the meantime, Hannam admitted that there are parents who are reluctant in making contributions and urged them to make education a priority.

"Of course, there are still those parents that will think twice or thrice before making additional contributions, and so we continue to engage them to highlight that education will require some contributions, whether tangible or intangible."