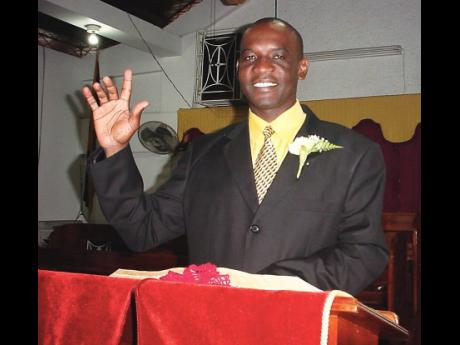 The administration of Manchester High School has moved to clear its name following allegations that it is among the institutions breaching government policy and sticking up parents to pay fees.

Last week, reports surfaced of a parent who was turned away by the school after indicating an inability to pay the $17,500 fee charged.

But last Friday, the school's principal, Jasford Gabriel, told The Sunday Gleaner that there was no truth to these reports. "We can't turn back a child; we can't deny a child the right to be educated," said Gabriel.

"It is just that parents also need to understand that we don't want to be short-changing the process in any way.

"I am not going to be in any contention with any parent or anybody who decides that I can't afford or I am not willing to pay. They will have to understand that no matter how small it is, it is going to affect the quality of the education," added Gabriel.

He was responding to a parent who had written to the Ministry of Education, charging that the school was insisting that his child would not be admitted if the fee was not paid and demanding a written explanation as to why the family was unable to pay.

"I spoke to the gentleman and he said that he was not willing to make any contribution whatsoever. I told him that if he has a concern, he is to make a note of it and I would address the matter," Gabriel explained.

"He subsequently went to the ministry and the matter was sorted out. The ministry has told me that he (the parent) is willing to make a contribution in relation, not to the auxiliary fee, but to service charges."

According to Gabriel, the auxiliary fee includes the cost of a text messaging system, which is used to keep in contact with the parents, and a formal luncheon, which is used to prepare the students for graduation and the world of work.

"If it is that you say you don't want your child to participate in these things, even though the fees are small, and you are not paying it, then it presents another challenge when the time comes around and these kids are not covered under those arrangements," argued Gabriel.

He added that the reaction of the parent to the request for a contribution could be partially blamed on recent comments by Education Minister Ruel Reid, who accused some schools of corruption and extortion for requesting 'exorbitant' fees.

Though Reid withdrew the comments, Gabriel believes "some parents would have taken it the wrong way and still are acting on that premise, especially in relation to this particular case, because he (parent) used the same terminology".