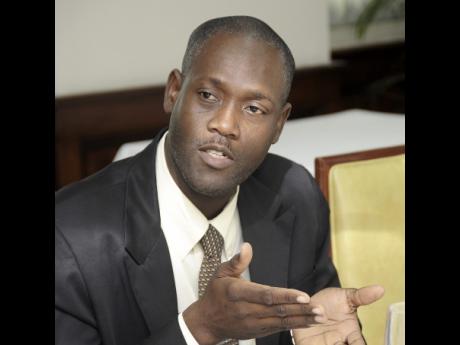 The St James woman who was arrested on Sunday after she was allegedly found with identity information associated with the lotto scam has still not been charged, albeit she remains in police custody and could find herself in deep trouble, based on the claims against her.

According to reports, the woman, whose identity has not been released, was reportedly found to be in contravention of the Law Reform Fraudulent Transactions Special Provisions Act (lottery scamming) following a search of her home in Orange district, which is several miles east of Montego Bay.

"She is still in custody but she has not yet been charged," said Deputy Superintendent of Police Webster Francis, the new head of the Lottery Scam Task Force. "Arrangements are being made for a Q&A (question and answer) with her and that will determine our next course of action."

According to reports, on Sunday, between the hours of 11 a.m. and 4:30 p.m., detectives assigned to the Lottery Scam Task Force carried out an operation at the woman's house, and, during a search, found several items of electronics and documents with identity information of persons living overseas. She was promptly taken into custody.

While the number of persons being arrested for breaches of the Law Reform Fraudulent Transactions Special Provisions Act appears to be on the decline, a law-enforcement officer recently told The Gleaner that the illicit practice remains rampant, albeit, it has taken on a level of sophistication, which makes tracking the perpetrators more difficult.

"They rarely operate from any one location for a long time. Today, they could be in Montego Bay, tomorrow they are in Mandeville, and by the weekend they are in Kingston," the officer said. "Because most of them are mobile and they realise that the police are always on their tracks, they are constantly on the move."

While Montego Bay remains the epicentre of lottery scamming, tolerance for scammers appears to be on the decline as more persons are blaming them for the spate of murders that has been rocking St James, as well as for the closure of several Western Union establishments.

"To do business at the Western Union is now a major headache, because with most of them closed down, the lines in the remaining few are always very long," said Sandra Brackett, who recently spent almost four hours in a line before she got through. "Nowadays, they treat everybody like a scammer when you go to the Western Union."

In what was described as a precautionary measure aimed at protecting legitimate customers, in mid-July, GraceKennedy Money Services suspended business operations at seven Western Union branches across the island - three in Montego Bay: and one each in Falmouth, Lucea, Brown's Town, and Spanish Town.