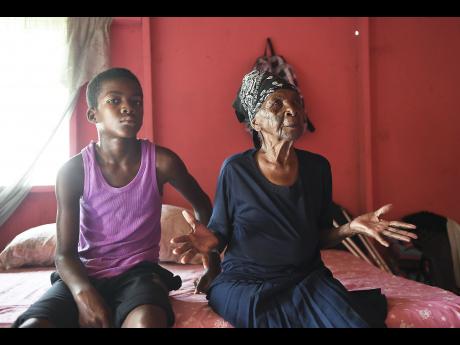 Gladstone Taylor
Elizabeth Brown expresses her views on the announced development of Vernamfield and what it may mean for residents of the community. Her grandson, Brandon Pringle, looks on. 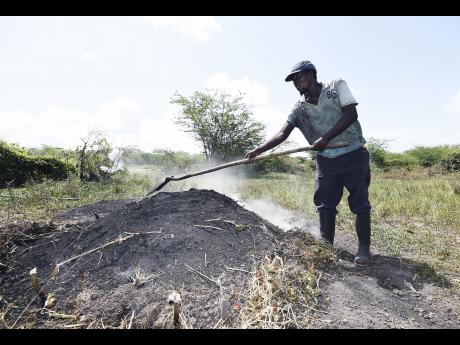 Gladstone Taylor
Robert Hull gives his views on the possible effects of a developed at Vernamfield and what that may mean for himself and other residents. 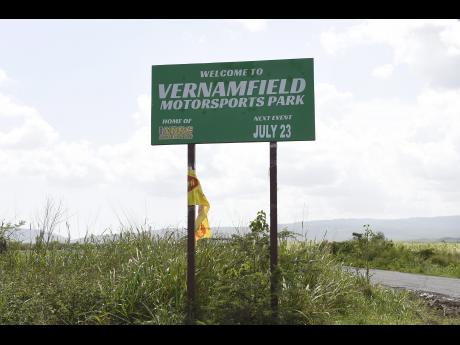 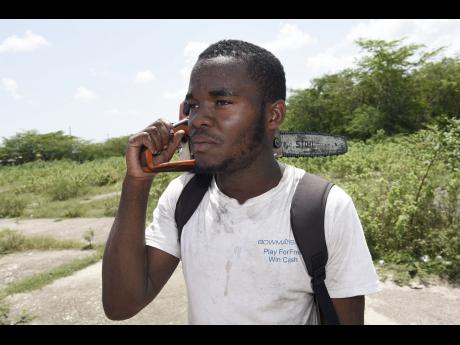 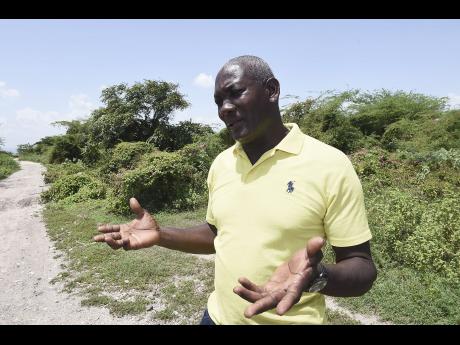 Gladstone Taylor
Hopeton Henry says a developed Vernamfield would be of great benfit to the community. 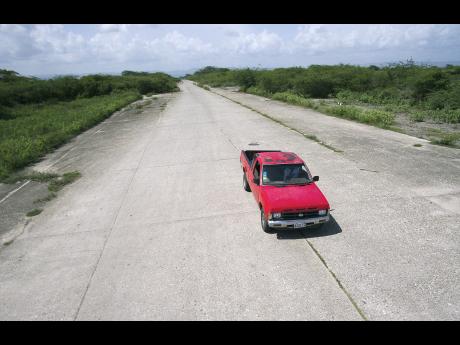 An announcement came from Transport Minister Mike Henry in April, during his contribution to a Sectoral Debate in Parliament that the Jamaica Defence Force (JDF) Air Wing, as well as the Tinson Pen Aerodrome in Kingston, would be relocated to the Vernamfield aerodrome in Clarendon as part of a multibillion-dollar development.

However, earlier this week, the JDF told The Gleaner that there are no immediate or long-term plans for the relocation of its air wing base to Clarendon.

"My superiors have told me that no, there aren't any plans to relocate the air wing in the foreseeable future. On the political side, I am not sure if those discussions are being held, but on the military side, no," the JDF's assistant public affairs officer, Lieutenant Aaron Gabriel, said.

The JDF currently has two air wing bases. One is at Up Park Camp, and there is another at the Norman Manley International Airport.

At the Norman Manley International Airport, the JDF operates the Military Aviation School.

There was no timeline set by the transport minister for the start and completion of the project to relocate the JDF Air Wing. However, in April, Mexican operators of the Sangster International Airport in Montego Bay, St James, predicted a three-year time frame for it to get under way.

Currently, the Vernamfield strip is utilised for car racing. It is also used by residents and taxi operators for their regular domestic concerns.

Regardless, residents living in proximity to Vernamfield have expressed joy and optimism at the prospect of a commercial airport coming to fruition in their backyard.

Many seemed unconcerned about the possibility of them having to be relocated from the area if construction on the project becomes a reality.

They said that they have always embraced the idea of upgrading their parish and would not have a problem moving out as long as the Government relocates them to a comfortable alternative.

Robert Hull and his friend, Shakeem Campbell, who burn coal and farm for a living, got excited by the idea of young people in and around the area getting nice jobs at the airport.

"Mi feel good about it because the district is all about upliftment. Airport settings right yah suh, mi feel good. And we need work. Work is the game, inuh," said Hull.

Campbell said: "Young people can get jobs, and a lot of activities will come to the community, so it is good. [The land I live on] is government land. If we have to relocate, we don't have a problem. We just want to know seh they put us at a place we are comfortable. We don't really care. It will benefit me. The strip, they use it and run car race. [If the racing has to go], it will have to go. We will miss it, but better activities coming on, so we are proud of that."

Hopeton Henry sees the JDF Air Wing at Vernamfield as one possible way forward to attract more investments to Jamaica.

"I don't have a problem moving because it is a plan to uplift the country, not just us, but also for foreign investors to come in and bring in more cash into the system because we need a whole level of uplifting in many areas," Henry said.

"It would benefit us greatly because we have people coming in from (all over). Instead of going to Montego Bay or Kingston, they would come here. People from Manchester would not have to travel all the way to Kingston or Montego Bay. If you live in St Ann, you just come cross and it woulda easier for your pocket because you don't have to pay $10,000 to $12,000 to go to airport, and things would work out much better," Henry told The Gleaner.