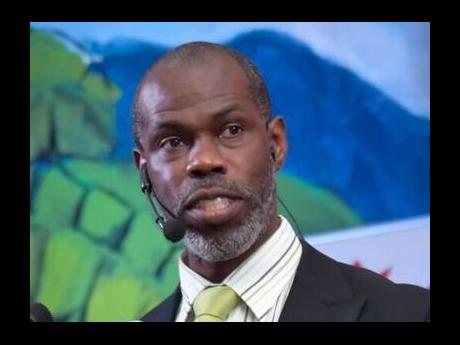 Professor Marvin Reid says that parents have a lot more to do in teaching their children about the importance of proper eating habits, noting that there continues to be an increase in the number of obesity cases among the youth population.

Reid, director of the Tropical Metabolic Research Institute at the University Hospital of the West Indies, who was speaking in observance of World Obesity Day, said that "obesity in children is emerging as a major public-health burden in the country".

"The twin problems of sedentary lifestyles and poor dietary choices contribute to obesity issues in children as well. For example, inadequate breastfeeding in early infancy, consumption of energy-dense snacks, sugar sweetened drinks, and decreased physical, play are important factors in children becoming fat. Children need to consume no more than about six teaspoons of added sugars in their daily diets. A typical 12oz soda has six teaspoons of sugars," he said.

"We do not have hard data yet, but when you look at data that emerges in the Caribbean and in Latin America in terms of the number of children recording cases of obesity, those numbers are actually increasing tremendously, and we expect and anticipate a similar pattern in Jamaica," he continued.

He advised that persons should not be comfortable with only being physically active, but should ensure that it is coupled with proper eating and drinking habits.

"There's a perception that we are moving, but we have to question whether or not it is enough. For example, you decided to run 400 metres around the stadium (national), and you run or walk that at your fastest pace, you are likely to burn a good number of calories. However, after burning the calories, you reach for a bottle of [sports drink], and that bottle has 220 calories, so there has to be a balance," he said.