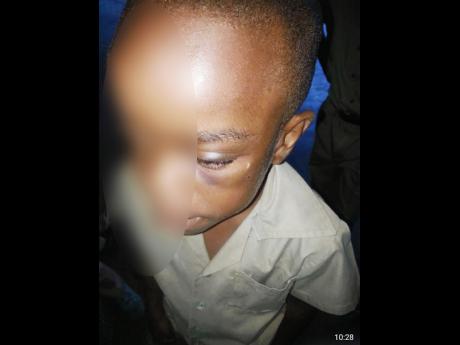 Contributed
A young child with the scars left by an abusive parent. 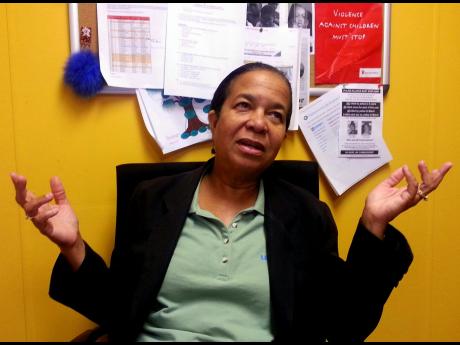 With hundreds of Jamaican children continuing to fall victims to violent discipline, sexual abuse, and homicides, the United Nations Children's Fund (UNICEF), through the release of its latest global report examining violence in the lives of children and adolescents, hopes to reignite discussions around the ill-treatment being faced across all stages of childhood.

The report titled A Familiar Face - Violence in the Lives of Children and Adolescents will be launched on Wednesday at a function dubbed 'Violence Against Children: The Latest Data Behind The Crisis'.

The Department of Child and Adolescent Health, University of the West Indies, is partnering with UNICEF at the launch, and Professor Maureen Samms-Vaughan will provide information on the Jamaican, situation, which is featured in the 2017 global report.

A Familiar Face is a part of a worldwide #ENDViolence campaign launched by UNICEF in 2013 and is a follow-up to Hidden in Plain Sight - a global report on violence against children in 2014.

"It looks at violent discipline and exposure to domestic abuse during early childhood, violence at school, which would include bullying, violent deaths among adolescence, and sexual violence in childhood and adolescence," said Cupidon-Quallo.

"So we will be looking at what happens across the globe in these areas and the age groups that are more affected, which impacts more on boys against girls, rural versus urban living conditions, where certain types of violence are more prevalent and that sort of thing."

Cupidon-Quallo said that while the report does not focus on Jamaica, there are similarities with what is happening in the global space and what is taking place locally, and the information and recommendations should provide Jamaicans with some useful ideas.

She noted that violent discipline is a controversial and sensitive issue with Jamaican parents, but argued that having taken note of the cruel and inhumane ways some Jamaican parents are going about disciplining their children, lessons can be learnt from the research.

"We hope that it will ignite some new discussion and possibly action around violent discipline," said Cupidon-Quallo. "Violence in early childhood is really scarring and impacts on the psychological well-being of children, and negative experiences in early childhood can really cause significant damage, not just physically, but developmentally and emotionally," she added.

The child-protection specialist said UNICEF is not trying to be condemnatory, as it acknowledges that most parents who beat their children actually love them.

"We are not saying that you are wicked people, we are saying that we would like to bring to your attention that there are other ways of addressing discipline," said Cupidon-Quallo.

"Discipline doesn't have to be violent. There are various things that can be done to bring the message across to children. Things like taking away privileges."

Wednesday's launch will also feature a presentation by the Ministry of National Security's Jamaica Crime Observatory which UNICEF had supported in doing a report from 2011-2015 on children and violence.

Updated information will be provided covering the 2016 period, while insight on the local situation will also be delivered by the Peace Management Initiative.