Sharpshooter - Politician under probe after video of him firing at water bottles on man's head, hands goes viral 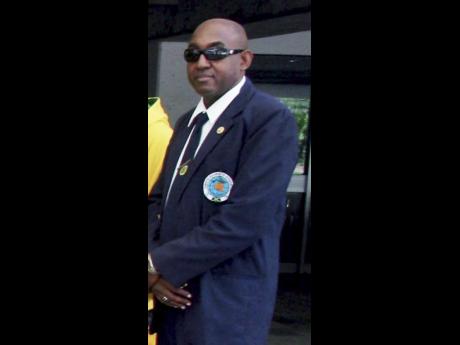 Jamaica Labour Party candidate in the 2016 general election Trevor Webb is currently under probe after a video of him shooting at bottles in a man's outstretched hands and one on his head went viral.

The police have turned the video over to the Firearm Licensing Authority (FLA), which is probing if Webb's action is contrary to the terms and conditions of him having been granted a licence.

"We are looking into it," Shane Dalling, chief executive officer of the FLA, said. "We have identified the licensed firearm holder, and steps are being made to carry the firearm holder in, along with the firearms and all the ammunition, for the appropriate action to be taken."

In the video, Webb and the other persons at the scene can be heard celebrating that all three bullets had gone "clean through the centre" of the bottles, including the one that was on the man's head.

When asked if Webb's actions are believed to have endangered the life of the man holding the targets, Dalling said that that was a question for the police.

Webb later told The Gleaner that he had made himself available for questioning.

"FLA has questioned me, about it, and I am waiting to see what will come of it," said Webb, who contested the St Andrew Western constituency in the last general election, losing by 3,618 votes to the People's National Party's Anthony Hylton.

There are two other similar videos circulating on social media, one showing persons on a range shooting at targets while others behind them are also firing at the same targets. The other shows a man dressed in blue denim, with what appears to be the Jamaica Constabulary Force's logo on his shirt, talking on a cell phone while another man fires a shot, which passes centimetres from his head, hitting a target behind him.

Dalling said that in light of the troubling videos, the FLA will be embarking on a public education campaign to remind persons that among other things, "the first rule of engagement is that a firearm is never empty. So whether the rounds are live or not, or the gun is empty, you are never to point a firearm at someone unless you intend to harm them."