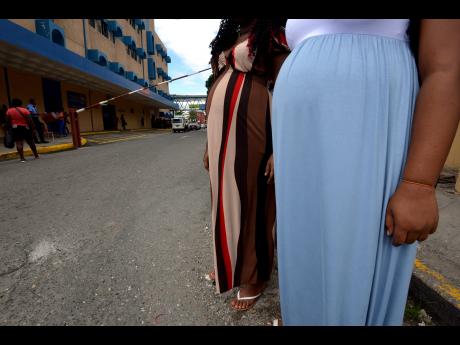 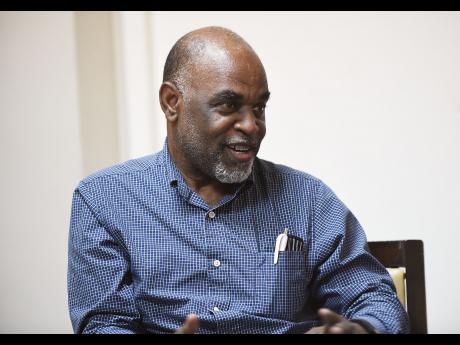 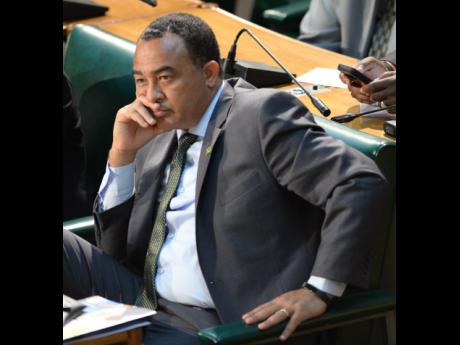 pregnancy complications because of botched abortions.

A Sunday Gleaner probe has revealed that between January and September of this year, of the 1,088 expectant mothers who presented to VJH with bleeding in early pregnancy, 91 admitted to having attempted to abort the foetus while an additional 47 had complications that suggested that they had attempted abortions.

Senior medical officer at VJH, Dr Orville Morgan, believes the problem of attempted termination of pregnancy is far greater than even the current data suggest, as the interview process was not as vigorous as a 2014 study which had found that 43 per cent of expectant mothers who were admitted with complications had attempted abortion.

Of this 43 per cent in 2014, only 10 per cent had at first admitted that they attempted to abort the pregnancy.

"Not everybody will come in and admit that they attempted a termination of pregnancy, and these are what their problems are," said Morgan.

"They come in and it is only after you have gained their trust and they realise that you just want to get the information that they will level with you and say this is so, and even some of them who don't level with you, there will be other evidence that this is in fact what was happening," added Morgan.

He noted that between January and September of this year, 82 babies were born with extremely low birthweight at the hospital, with at least 10 per cent of their mothers admitting to taking substances to terminate the pregnancy. Most of those babies died shortly after birth.

"Now this is a concern, because this (the link between low birthweight and attempted abortion) is not an area we have studied, but we know for sure because mothers have admitted to it later on," Morgan revealed.

"At least 10 per cent of that group has had an attempted termination of pregnancy. This is of big concern because people are attempting to terminate pregnancies at a very late stage, which increases the complication rate," noted Morgan.

According to Morgan, the hospital also carried out a concise survey between October 23 and 27, and of 18 consecutive women who presented to the early pregnancy unit, five admitted to having attempted to terminate the pregnancy. Doctors were found to have been involved in four of the five abortion attempts.

"I believe there are many of my colleagues who are out there performing abortions, but what we are seeing are just those who have complications," said Morgan.

"The problem is very large. My estimate is that certainly more than 10 per cent of pregnancies in Jamaica end up in abortion, and people have found other means other than physicians in at least 50 per cent of cases. At least one expectant mother loses her life from this each year," added Morgan.

This concern was underscored earlier this year by obstetrician and gynaecologist Dr Michael Abrahams, who, in a Gleaner column, warned that many women who have abortions place themselves at risk without even knowing it.

"This is because shortcuts are often taken, which can cause significant morbidity or even death," said Abrahams.

While pointing to cases of botched abortions he had seen in his practice, Abrahams urged women not to go that route.

"Even when performed carefully, abortions can result in complications such as infection, haemorrhage, anaesthetic complications, perforation of the uterus, bladder or bowel, infertility, miscarriages, preterm labour, menstrual irregularities, depression, and even death. It is far better to avoid unwanted pregnancies," argued Abrahams.

Gleaner Editors' Forum | 22,000 or 6,000? - Sharp disagreement over the number of abortions being done locally each year
Clueless & cruel - Gender specialist disheartened by 75 per cent rejection of abortion on demand in latest poll
Mother up! - Most Jamaicans still opposed to abortion-on-demand and only want the law changed for special circumstances
Merlyn's magic - New Council of Churches president to push Christians to rethink approach to women considering abortions
Health minister orders abortion audit