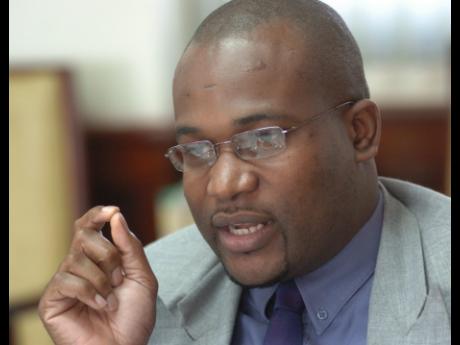 Executive Director of the Mona School of Business and Management at UWI, Mona campus, Densil Williams, is expressing concern that the 44-year-old Caribbean Community and Common Market (CARICOM) might not achieve all the success that it can.

According to Williams, while he wants CARICOM to become the envy of the world, he is worried that it will fail.

"We are Jamaicans, but I am a regionalist by heart, and I am unapologetic about it. I believe that the only way we, the six million of us who participate in this region, are going to make it in any significant way in the world, is if we deepen the reintegration movement.

"Jamaica cannot do it alone. The future of the Caribbean actually lies in the deepening on the integration movement. Let us not make any mistake about that," declared Williams, who was guest speaker at Ardenne High School's Annual Distinguished Sixth-Form Lecture last week.

"Today, we do not have a single market where economic policies are harmonised. We still do not have the full free movement of labour, and that is something that we have to deal with. I carry a CARICOM passport, but when I go to other CARICOM countries, the number of questions they ask me, I still wonder if we are doing enough to spread the message of integration.

"When I land in Miami, the only question they ask is, where are you staying? When I go to my sister countries, they are still asking me, when are you going back home?" said Williams as he delivered the lecture under the theme 'Building a 21st-century Labour Force to Serve the CARICOM Region: The Role of the Tertiary Education Sector'.

NO UNITY IN TRADE

Williams added, "We still do not have significant trade among CARICOM countries. The European Union (EU) has free movement of labour, a common central bank, a common currency, and strong trade relationships with EU countries.

"In the EU, the level of trade among countries accounts for more than 40 per cent of their total trade. In CARICOM, it is just about 15 per cent. We do not work together in CARICOM. When you look at CARICOM, almost every single country in the region produces and sells the same thing, like bauxite, sugar, tourism, and rum. That kind of model is not going to work," warned Williams.