Parenting crisis! - More than 50 per cent of parents know their children are using illegal substances and do nothing about it 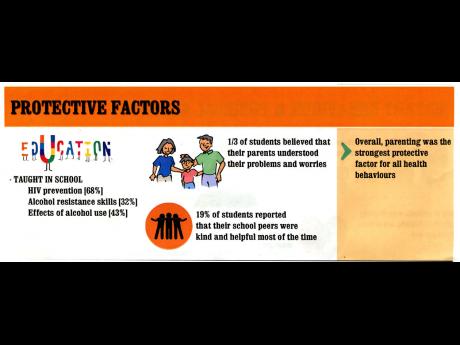 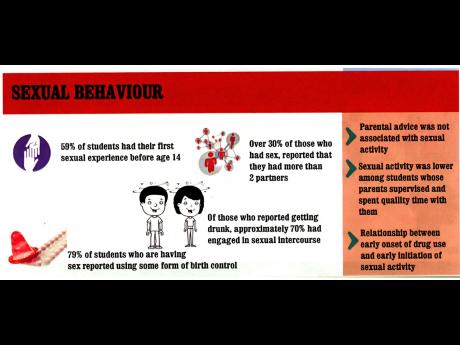 Recent work done by the National Council on Drug Abuse (NCDA) has led Uki Atkinson, research analyst at the organisation, to conclude that Jamaica is faced with a parenting crisis.

Findings from the 2017 Global School Health Survey and Rapid Situation Assessment, which was revealed yesterday, showed that parents have fallen short in properly monitoring their children in all the areas that were assessed. The areas in the study included alcohol, tobacco and other drugs; dietary behaviour and physical activity; mental health; sexual behaviour, violence and injury; and protective factors.

"In terms of parental knowledge of consumption of alcohol, what we are seeing is that over half of the adolescents reported that their parents knew that they drink, and there is no significant difference between the male and female students. That supports the cultural acceptance issue that we face with alcohol consumption," she told the gathering at the youth situation forum held at The Jamaica Pegasus hotel in New Kingston.

"Parenting factors were associated with all forms of drug use, so quality time that was spent showing affection and proper advice were lacking. In fact, the young people whose parents gave them advice were no different in terms of drug use than the ones who reported that their parents did not give them any."

In sharing data on sexual behaviour among young people, Atkinson indicated that serious attention is needed in properly monitoring adolescents.

"Parenting advice did not impact sexual behaviour, because parents would only say to their children, 'Don't bother with the hanky panky,' and no explanation is given. Parents are still telling children that they were born on the doorstep, and so the advice they are given is not influencing them in terms of their sexual behaviours," she said.

"Less than half of participants reported that parents spent quality time with them and there is not a significant difference between males and females, but there's a slightly higher proportion of females reporting that parents spend quality time. So we have what I would describe as a parenting crisis in this country and it is not only about children raising children; we are seeing it across the spectrum in terms of older parents and younger parents."