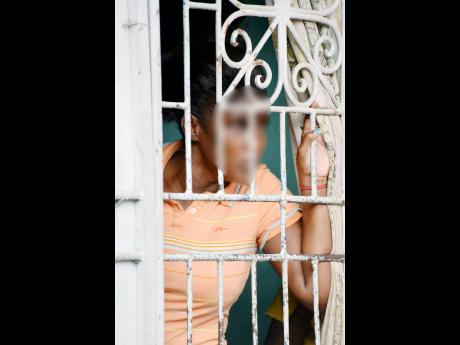 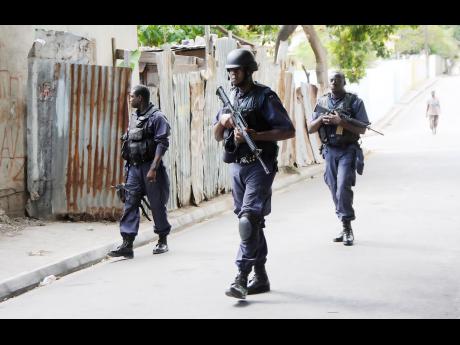 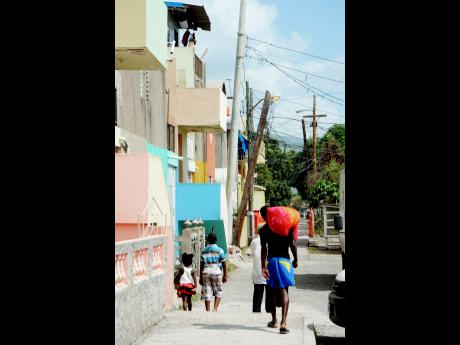 Jermaine Barnaby
Children and adults make their way along one of the many streets which have recorded violent incidents since the gang war started in Dunkirk.
1
2
3

Scores of children in the east Kingston community of McIntyre Villa, better known as 'Dunkirk' will have little to cheer about this Christmas as warring factions have made the area so hot that not even Santa Clause is being welcomed.

But Deputy Superintendent Christopher Brown, crime chief for the Kingston East Police Division, is seeking to allay the fears of the residents and has vowed that cops will be patrolling the area to allow them to go about their normal business.

According to Brown, the police are well aware of the tension between the opposing gangsters and are trying to bring peace to the area.

"But we are committed to residents, not only in that community but other communities, and to ensure that the Christmas that many of us look forward to is one about peace, joy, goodwill and a time of reflection.

"So whatever it is that will reduce the likelihood of the loss of life and will result in the arrest of those persons responsible for the criminal activities we will continue to do those," vowed Brown.

But that assurance is not enough for residents as gangsters from a section of the community known as 'Top Road' and another known as 'Site' have engaged in a deadly dispute over the past few months with at least 10 persons already killed.

According to some residents not even the presence of the police over the festive period will cause the criminals to put their battles on pause.

"Christmas! Santa can't visit Dunkirk this year or Santa goodly get shot," one member of a group of men in the community warned last week. "A pure darkness cover the whole community," added another.

"Mi not even want a new pants or a new shoes because wi can't go anywhere," one young man shared.

"No party round here; that can't gwan. Yu have some 'gorillas' who dark, ignorant and mad; dem just do weh dem feel fi do. So from you stray go on a next ends a it that. Wi have fi just work wid wah a gwan and hope say next year will be better," he added.

The residents of Top Road claim the latest round of violence erupted when men from Site killed an 'innocent' girl.

"Seem like (some man) head a tek dem and dem juss want to start a war. Like a just time fi some people dead out because it's like every five years dem just decide say shots ago fire bout yah," one Top Road resident.

"Just yesterday (Tuesday) man from down the road kill a likkle 21-year-old youth, spread him out and him was a man who no know nutten bout what a gwan. Work him did a get ready fi go and him just dead so," claimed one resident.

Two women with their faces reflecting sorrow lamented that not even the children could play in the streets because of the gang war. According to the women, some children were kept out of school in the last few weeks because of the war.

"Dunkirk nah go have no Christmas wid wah a gwan. We can't even stand up in the road we have to be peeping out and the pickney dem can't even go school; a so the area a run," said one of the women.

"The man dem just run up to the crossroad when dem ready and a bare shot; all police afraid to go down there and a innocent lives them a tek. It needs to stop; we need some soldiers in the area; we need some intervention; we need ZOSO (zone of special operations).

But while the battle lines in the area have been drawn with no one daring to cross the imaginary line which divides Site and Top Road persons are still not safe outside of the community.

"A no jus yah suh the war a gwan. If you leave yuself too careless and go stand under a bus stop a Cross Roads yu goodly get knock. Just one phone call and a car jus pull up pon yu and man full you up a shots," claimed one young man.

"And then when them do that them just come a the corner and fire shots and say 'go pick up yu dead a Cross Roads'."