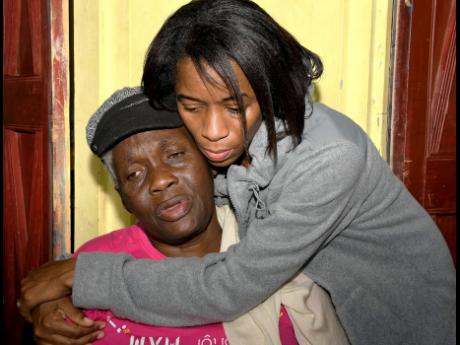 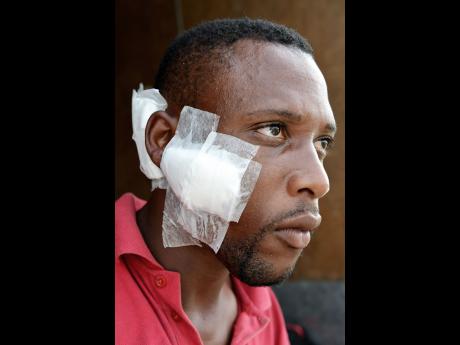 Norman Grindley
Delroy Thompson, from Copperwood Clarendon was injured in the accident. 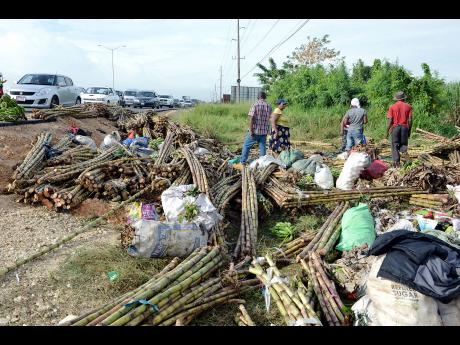 "How come him fi dead leave me?" That is the question that Gloria Powell asked no one in particular.

She was referring to her husband of 20 years, 75-year-old Winston 'Dickie' Powell, a farmer of Copperwood district. Powell, along with 34-year-old Hubert Williams - a labourer of Chapelton district, both in Clarendon - died when the truck they were being transported in skidded off a section of the Mandela Highway late Monday night and overturned.

Eleven others, including the driver, sustained injuries and were taken to hospital, where some were treated and released. Several remained hospitalised at the Spanish Town and Kingston Public hospitals, but were not considered life-threatening, according to a police report.

Gloria told The Gleaner that the "nightmare" has left her broken and at a loss.

"He just needed a bag of fertiliser, that's why he actually went. The last thing he said to me was that 'me naah buy anything, y'know, and I said to him no, man, just buy some LASCO and a bundle of cinnamon leaf because food is already in the house."

"That was his last words to me," she said, while being comforted by one of her daughters.

Described as a principled Christian, hard-working, kind and jovial, Powell fed and schooled his children through his farming, with all, including the youngest, attaining a university education.

"He was that type of man. A mi good, good husband dead and gone! Oh, God, we used to romp and talk and laugh. Missing him is the least," Gloria noted.

According to the police, Powell and Williams were passengers on a Leyland motor truck laden with market produce travelling into Kingston when, about 11:30 p.m.,the driver allegedly lost control of the vehicle, which crashed in a ditch. The truck tilted and the market produce fell on to the passengers.

The police were summoned and the injured passengers taken to hospital, where Powell and Williams were pronounced dead and 11 others treated.

Corine Smith, a passenger, said that she wouldn't blame the driver, as the section of road was dark and wet, and that oncoming lights from vehicles travelling in the opposite direction may have impaired his vision.

"The truck just tilt over and next thing I know, we are on the ground. Then I heard someone crying for help and we find Dickie; he was already dead," she said.

Head of the police Traffic Division, Senior Superintendent Calvin Allen, said that overweight market trucks posed serious risks and that traffic cops would be looking out for them in hope of eliminating the practice.

"The driver said he misjudged the width of the road, and on a wet road in dark circumstances, it would be difficult with that weight on it. But we are carrying out our investigations.

"At this time, we cannot say if charges will be laid against the driver either," Allen said.