Accused in murders of St Thomas six had mud inside his car, says former fiancee 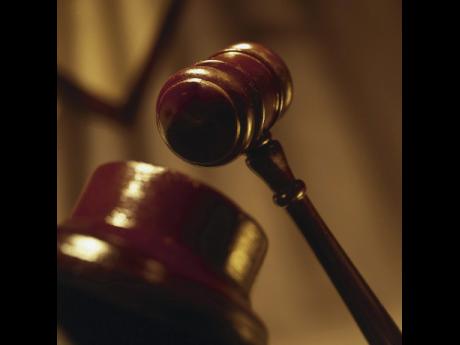 Murder accused Michael McLean had mud inside his car and "dried dirt" on various parts of his body when he turned up in St Mary to visit his then fiancee and young daughter hours after six people, including four children, were killed in St Thomas, his former belle has testified.

The woman recounted that she saw dried dirt on McLean's elbow and in his hair when he came to pick her up just after 5 a.m. on the morning of February 26, 2006.

"I asked him why the vehicle was so dirty, and he said we will discuss it later," said the woman, whose name is being withheld.

McLean, who is representing himself, asked the woman if she enquired why his car was so dirty.

"You said something about coming from a farm and reaping carrots. The fact that I knew he sold produce, it didn't bother me too much," she replied.

The witness also testified, during cross-examination that she saw no blood in the vehicle.

According to prosecutors, the six victims, Patrice Martin-McCool, her children, Lloyd McCool, and Sean Chin, as well as her aunt, Terry-Ann Mohammed, and her son, Jessie O'Gilvie, were found with their throats slashed and other chop wounds close to Prospect Beach on February 26, 2006.

The decomposing body of the other victim, six-year-old Jihad McCool, was found a week later in a shallow grave along the beach in the community of Lyssons.

The witness, who was giving evidence during McLean's murder trial in the Home Circuit Court, testified that she also saw a bag of groceries inside his car.

Her evidence came after one of McLean's former employees testified that he last saw two of the victims, Mohammed and Jihad McCool, just after 11:30 p.m. on the night of February 26, 2006.

According to the former employee, Mohammed had a bag containing groceries for her daughter as they travelled to their respective homes in McLean's motor car.

The former fiancee of accused killer Michael McLean testified yesterday that she was awakened by a call from the father of her young daughter shortly after 4:30 a.m. on the morning of February 26, 2006, who told her that he was on his way to her house in St Mary.

She testified that she met up with him a short distance from her home and saw "shrubs like grass" when she opened the front passenger door.

"What excited your attention?" asked Director of Public Prosecutions Paula Llewellyn, the lead prosecutor, as she led the woman through her evidence.

"There was dirt. It was almost muddy, and he was also dirty," she replied, speaking of his sneakers and hair.

The woman, who wiped tears from her eyes during her testimony, recounted that they travelled to a hotel in St Mary, where she washed his hair and pressed her former beau on why he was so dirty.

According to her, McLean became nervous when a former employee they encountered at a gas station close to the hotel asked if he heard the news that Terry-Ann Mohammed had been killed in St Thomas.

McLean is accused of killing Mohammed and six others in St Thomas.