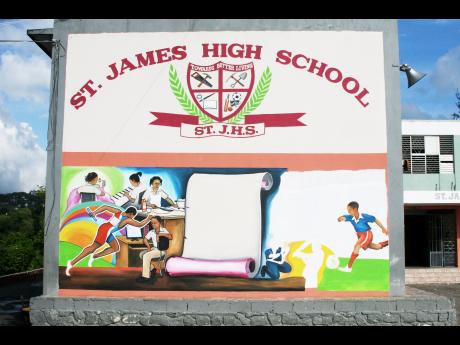 It was a mixture of anger and grief in Brown’s Lane in Granville, St. James yesterday, as while some residents were mourning the brutal murder of 14-year-old Tianna Clarke, others were lamenting the fact that they did not manage to lay hands on the main suspect before he was apprehended by the police.

"Right now me vex, a nuh police shoulda hold him, a shoulda we hold him,” a male relative of the deceased told The Gleaner in the aftermath of the news that the main suspect, a man identified only as ‘Zoo Bug,’ was apprehended by the police and is now in custody.

Clarke, a grade eight student of St. James High School, went missing shortly after 8:30 p.m. on Friday after she was given permission by her mother to go to a nearby location to buy a cup of soup from a vendor. When she did not return home, her mother was not unduly worried, thinking she had stopped by her father’s house, where she slept occasionally.

“It was when the father came by Saturday that we realise that she was not at his house and everybody got worried and start looking for her,” a relative told The Gleaner. “Is somebody pass by the abandon house and saw the body in there and raised an alarm.”

When Clarke’s body was found, it appeared as if she was raped, as she was partially nude and there were signs of violence on her body. The police were alerted and the body was subsequently taken away to a morgue.

It is still unclear as to why ‘Zoo Bug’, who lived just three houses away Clarke and was reportedly on very good speaking terms with her family, was identified as a suspect. However, the suspicion against him reportedly heightened throughout Saturday, as several attempts to locate him proved futile.

Angered and enraged by the apparent rape and murder of young Clark, some residents of the community took matters into their own hands on Saturday night and set ‘Zoo Bug’s’ house on fire. It was completed gutted, as no attempts were made to contact the fire brigade.

Yesterday, staff and students at St. James High School were visibly shaken by the news of the murder of the unassuming 14-year-old Tianna Clarke, an eighth grader who principal Joseph Williams described as a quiet girl with very strong ties to the school.

“Her brother is in Grade 11, her uncle is a member of staff and her mother is a past student, so as you can see she has very strong ties to this school,” explained Williams. “We are deeply saddened by her death and we can’t help but wonder why a grown man would hurt an innocent child like this. I found it very difficult to sleep last night.”

The murder suspect, who had seemingly fled the community, was reportedly held by the police in downtown Montego Bay, where he was seen casually walking through the town. Efforts to get an update on whether or not the man known only as ‘Zoo Bug’ has been charged proved futile.

Clarke’s death came sharply on the heels of the murder of another teenager, 17-year-old Jaydeen Grant of  Argyle Mountain, on the Hanover/Westmoreland border, whose mutilated body was found in bushes in that community on Friday.