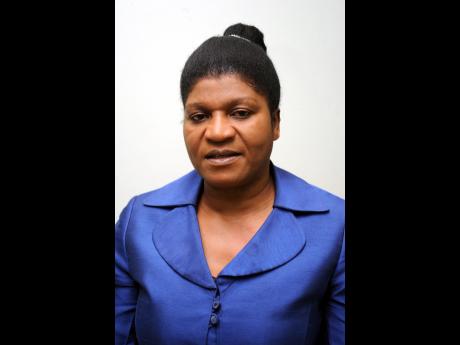 Head of the Court of Enquiry in the Jamaica Constabulary Force (JCF), Superintendent Gladys Brown-Ellis, has expressed concern about what the "shoddy investigations" coming to her office regarding suspected breaches by members of the force.

The Court of Enquiry is mandated to rule on allegations of misconduct made against policemen following investigations by the Inspectorate of Constabulary (IOC) and, in some instances, the Independent Commission of Investigations (INDECOM).

Brown-Ellis last week argued that there needs to be greater collaboration between entities to ensure that unruly cops are not getting off scot-free because of negligence in investigations.

"From where I sit as a president and as a judge, I have to rule on what I get. So if I get rubbish I have to rule on rubbish. If I get something that is cohesive, tight and put together I rule on that," said Brown-Ellis at a forum last Wednesday put on by the IOC.

"The problem I have is that some of the files need a lot more. If you are going to talk about a shooting, for example, there is no way you can have a file that is completed unless there is a ballistic and forensic certificate or report ... the firearm register must show that this weapon was assigned to the man.

"There must be some nexus, some connection to the man. And we are not seeing those in some instances," added Brown-Ellis, as she accepted that some unruly cops could be avoiding punishment.

"Yes, they are going to get away, because we are talking about justice ... I cannot sit by and see that because I well want to charge the man, or I well want to convict the man, I do it out of my conviction. He must be convicted on the evidence marshalled."

Brown-Ellis argued that in some cases junior cops are being unfairly charged when it should have been the more senior officer.

She cited one instance where a prisoner escaped from a courthouse as an example of when the junior cop is incorrectly charged.

"So prisoner escapes on the roof downstairs, and guess who gets charged? The corporal. But the corporal's role was to escort people from the holding area to the court and stand by the court door," said Brown-Ellis, as she noted that a senior cop was on that scene and in proximity to the happenings, yet he was not charged.

According to Brown-Ellis, her office repeatedly has to send some files back to investigators for additional work.