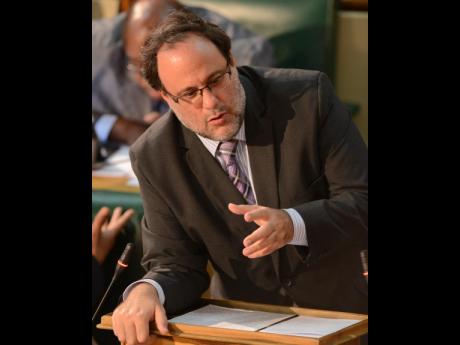 (NIDS) as Parliament's Standing Finance Committee examined the Estimates of Expenditure for 2018-2019 on Thursday.

The NIDS is expected to cost more than $8.8 billion over six fiscal years, and it is designed to create a reliable and centralised database to identify Jamaican citizens and improve security and access to government services.

Golding asked, "Of that $8.825 billion, $8.5 billion of it is being borrowed from the Inter American Development Bank. Has an independent assessment of the economic impact of that expenditure been done?"

103 per cent rate of return

Minister of Finance and the Public Service Audley Shaw explained, "An assessment of the NIDS was done in September 2017, and the economic rate of return is 103 per cent if approximately 70 per cent of the population is enrolled, and these returns are expected to be seen after three years of implementation."

When quizzed about the source of that projection, the minister disclosed that it was done from baseline data that was carried out by a local consultant. He added that the Public Investment Management Secretariat would have done an assessment of the loan and expenditure.

The NIDS bill was passed in both houses of Parliament last November despite outcry from church and civil society groups regarding what they described as the Government's lack of consultation. A pilot project involving public sector workers is set to be rolled out in January 2019.