Corruption cases against cops decline but ... INDECOM concerned that code of silence could allow corrupt police to go unpunished 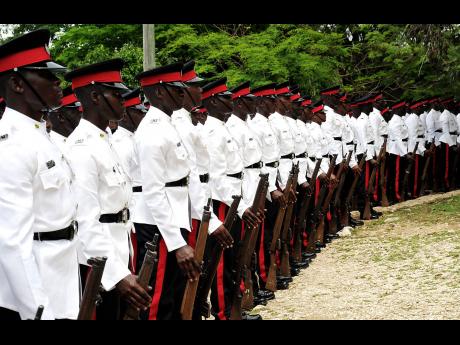 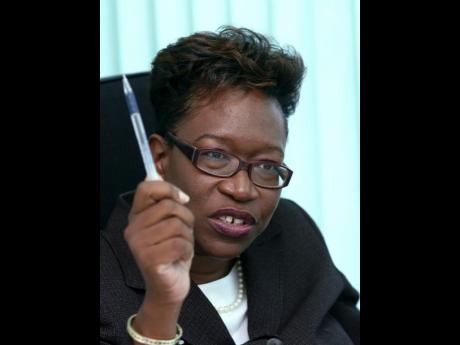 The Office of the Director of Public Prosecutions (DPP) has reported a reduction in the number of corruption files it received against members of the Jamaica Constabulary Force (JCF) last year.

But there are concerns from local human rights groups and the Independent Commission of Investigations (INDECOM) that the 'culture of silence' which blankets the JCF could mean that several cases are never reported or investigated.

Responding to questions from The Sunday Gleaner, Director of Public Prosecutions Paula Llewellyn pointed to the number of files submitted to her office last year, as she argued that the JCF as a body is often unfairly criticised for wrongdoings.

"It is instructive to note that there have been continuous declines in the number of corruption-related files submitted to this office over the ensuing years," said Llewellyn, as she noted that it has decreased from a high of 82 in 2008 to 25 in 2016 and 14 last year.

"Anecdotally, it would appear that with more public education and sensitisation from bodies such as the National Integrity Action and work done by oversight bodies ... there seem to have been a decline in the incidents of offending conduct by police officers which would reach the threshold of criminal culpability," added Llewellyn.

She said that her office ruled on the 14 police corruption cases it received last year with recommendations for criminal sanctions against the cops in 10 of the cases. The others were recommended for departmental action.

This represented a decrease from 2016 when recommendations for criminal action were made in 11 of 15 corruption matters seen by the DPP's office.

Those numbers do not include corruption matters investigated by the Major Organised Crime and Anti-Corruption Agency (MOCA) and which would have been taken directly to court without being submitted to the DPP.

MOCA, last week, said that it arrested 24 policemen and charged 17 of them for corruption in 2017. Breaches of the Dangerous Drugs Act accounted for five of the 17 cases.

In the meantime, the JCF's internal disciplinary arm, the Inspectorate of Constabulary (IOC), said that it received 628 complaints against members of the force last year, an increase from 606 in 2016.

Since the start of the year, the IOC has received 55 complaints against members of the force.

But head of INDECOM Terrence Williams last week bemoaned the 'code of silence' within the JCF, which he said was unlike any other.

"The code of silence in the JCF is on steroids. It is a code of silence plus. ... You have no obligation to tell a lie to support your colleague in any kind of misconduct. In fact, your obligation is to always speak the truth," said Williams.

INDECOM referred one case of corruption to MOCA in 2017, two in 2016 and four in 2015, two of which it described as unsubstantiated, meaning that investigations were completed with no recommendations made for disciplinary action or charges to be laid.