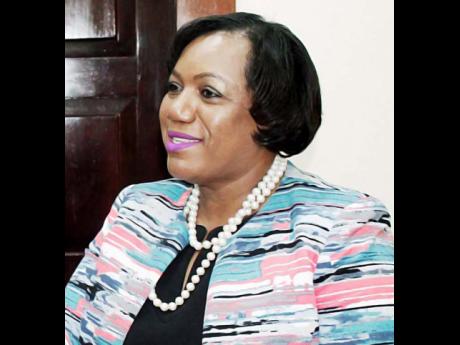 Preparations have advanced for the funerals of the two female wards of the State who perished in the January 16 inferno at the Walker's Place of Safety as the Child Protection and Family Services Agency (CPFSA) on Thursday received the burial order from the police.

The issuing of the burial order for 12-year-old Anika McCrea and 16-year-old Annakay Moreland coincided with the long-awaited fire report, which revealed that the blaze resulted from an electrical short circuit that originated in a dorm on the first floor to the west of the building.

Furthermore, chief executive officer of the CPFSA Rosalee Gage-Grey pointed out that the agency has been working with the police, who advised that DNA was needed to identify the children. Gage-Grey said the results were received on Wednesday.

"We'll now fast-track plans based on the families' requests," Gage-Grey told The Gleaner yesterday while pointing out that the agency immediately met with the families of the deceased on Thursday to discuss burial arrangements.

Gage-Grey pointed out that discussions were ongoing with the family and that the agency, in collaboration with the Ministry of Education, Youth and Information, which is undertaking the full cost of the funeral expenses, will provide additional assistance.

"Having met with the families on Thursday, we support their wishes to have separate funeral services, and we now await dates from both families. In the interim, we are planning a memorial service scheduled for Friday, April 6, 2018, at the Shiloah Apostolic Church located at 55A Lyndhurst Road, Kingston 5," she said.

Gage-Grey said that the CPFSA family continued to mourn the loss of the two children, using the opportunity to thank all individuals, companies, schools, service groups, and the wider community that have reached out and supported the agency.

The agency will open a condolence book at its Kingston offices located at 40 and 48 Duke Street. The book will be available for signing by members of the public from 9 a.m. to 4 p.m. on Wednesday, April 4, to Thursday, April 5, 2018.