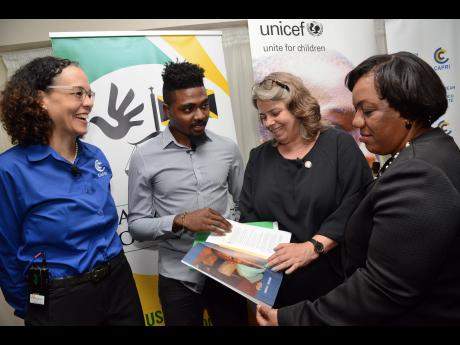 Statistics showing the ratio of psychiatrist to patient as 1:1,582 has signalled to Dr Diana Thorburn, director of research at the Caribbean Policy Research Institute, that Jamaica has been lagging behind in basic mental-health services.

"The mental health of our children is a major cause for concern. Jamaica is severely lacking. There are extremely alarming rates of suicide intentions among our secondary school students that seem to reflect high levels of anxiety, depression, and personality disorders," she continued.

Noting that mental-health issues were further compounded by factors including poverty and less-than-conducive environments, Thorburn called for urgent interventions, which she believes will alleviate some of the emotional issues among young people and adults.

"A lack of early diagnosis and stigma exacerbate mental-health problems in children, especially in adults. Preventing the diagnosis of these issues in children is exacerbating as they become adults when issues of poverty and environments are added."

Rosalee Gage Grey, chief executive officer at the Child Protection and Family Services Agency, echoed similar sentiments, indicating that efforts were being made to ensure that no home was approved with more than 40 children.

"There is a serious mental-health crisis with our adolescents in our country. There are not sufficient resources in the public health sector to attend to these issues that the children face," she said. "A high-intake area for us are children who are deemed to have behavioural issues, and these issues would have been as a result of the trauma they would have suffered," added Gage Grey.