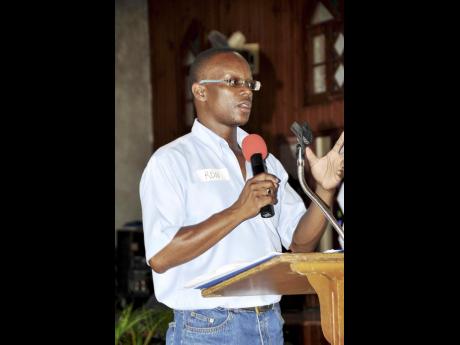 The Reverend Ronald Webster, pastor of the Hopewell Missionary Church in Hanover, believes that Jamaica has adopted a culture of trickery over the last three decades, which allows deceptive criminal practices such as the lottery scam to thrive.

Webster made his position known while delivering the keynote sermon at the valedictory ceremony for the Montego Bay Community College's graduating class of 2018 at the school's Lorna Nembhard Auditorium on Sunday.

"Scamming is built upon the pillars of covetousness, lying, and deception, and I suggest further that the Jamaican culture today is an 'Anancy' culture, driven by who can outsmart others," said Webster, referencing the popular trickster of Jamaican folklore.

"A careful analysis of the behaviour of our people over the last 30 years will reveal that, while Anancy stories are not told much today, Anancy and his trickery were revered over time, so even without the stories being told, we seek to outclass others by lying. But lying to gain riches is like a fleeting vapour."

Since the emergence of the lottery scam in St James in 2006, a large number of the murders recorded in western Jamaica have been linked to the illicit activity.

Participants in the lottery scam often include young people who are motivated by the lure of financial gain.

Webster urged the graduates not to submit to the temptation of participating in the lottery scam, despite the perception that scammers are living prosperous lives.

"I remember stories of young men in Hanover washing their cars with champagne, but money that comes easily goes easily. Avoid the lure of scamming, so that you will live," Webster warned. "Stay away from it and do not be deceived by it, for if you get caught in it, you will face its devastation."