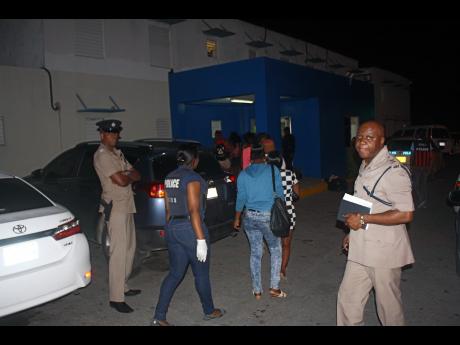 Almost one in every four female sex workers who participated in a recent survey reported being raped at least once in their life.

An equal number of exotic dancers also reported being raped in the 4th Generational Bio-Behavioural Surveillance Survey of female sex workers, female patrons and workers at places where persons meet sex partners or participate in sexual activity in exchange for money.

The survey was conducted between August and November last year in 11 of the island's 14 parishes, with St Mary, Portland and St Thomas excluded.

It found that most persons in the sex industry had experienced dangerous adverse events and recommended that the vulnerability of sex workers need to be addressed.

"Almost one-quarter (22.7 per cent) of sex workers reported being raped, with street sex workers and dancers recording the highest incidence of rape," the study reported.

The study also found that having slept outside, or in a shelter for the homeless, was the least reported adverse event for persons in the sex industry.

"The vulnerability created by poverty and lack of social support was also manifested in the adverse events recorded among participants.

"Interventions to reduce socio-economic vulnerability among female sex workers should be strengthened and may require partnerships and structural approaches that go beyond the remit of the HIV/STI programme and the Ministry of Health," the researchers recommended.