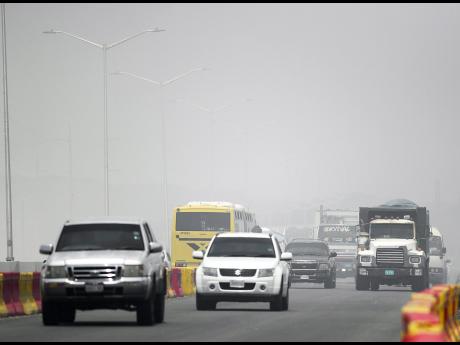 Ricardo Makyn
Motorists encounter smoke hazard at a section of Ferry on the Mandela Highway caused by fire at the Riverton City dump yesterday. 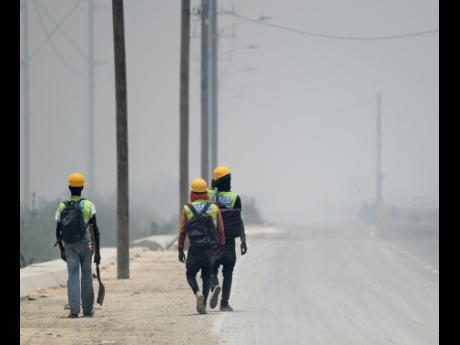 Ricardo Makyn
Workmen walk through smoke along the Mandela Highway. 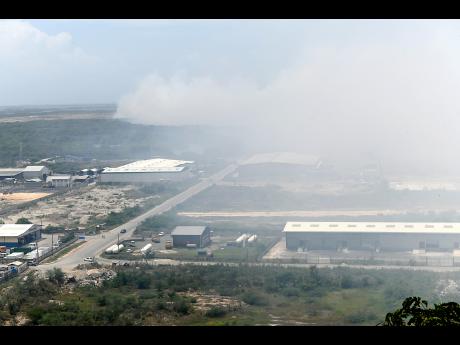 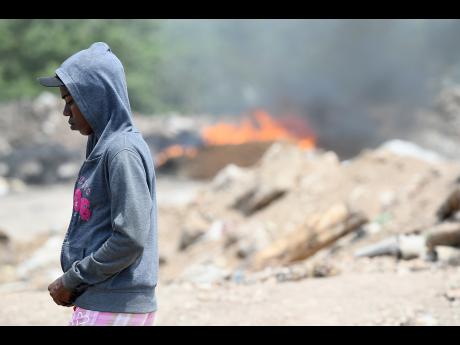 Ricardo Makyn
A woman walks by the Riverton City dump, which was set on fire Sunday.
1
2
3
4

A major fire at the Riverton dump in St Andrew, which authorities strongly believe was set by arsonists on Sunday afternoon, is almost under full control. But acting commissioner of the Jamaica Fire Brigade, Stewart Beckford, has warned residents from already affected communities to brace for more smoke.

Beckford was addressing journalists yesterday at an emergency press conference at the Office of the Prime Minister in St Andrew.

"A fire of this magnitude requires a multi-agency approach. We estimate that the fire is covering roughly 70 per cent of the affected area. Firefighting operations will continue, but I must warn you that the level of smoke will linger for a while longer," he said.

"The wind is giving us a hard time, for it keeps changing directions. However, we are quite optimistic that we should be able to bring the situation under control. We are expecting that by this morning, we should see a significant reduction of the level of smoke being emitted from the site."

Persons residing in Kingston and St Andrew, as well as some communities in St Catherine, have had to be battling with smoke nuisance.

Local Government Minister Desmond McKenzie declared yesterday at the press conference that the National Solid Waste Management Authority and other agencies of government would not be daunted by arsonists seeking to profit from their disaster.

"It is clear that there are persons who have benefited from fires at the landfill. Some of them provide services by offering heavy-duty equipment and trucks. We do not intend to bow to any form of pressure from any sector of society and we will not facilitate any form of employment to those persons.

Richard Thompson, deputy director general at the Office of Disaster Preparedness and Emergency Management, appealed to persons living in affected communities to stay indoors as much as possible.

"You find that the smoke has moved to upper reaches. Persons living in the hills are being impacted. Minimise outdoor activities. As best as possible, try to cover noses with wet rags. Keeps children inside," he advised.