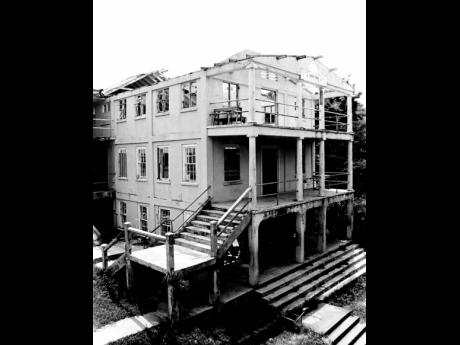 When the deadly Hurricane Gilbert began ravaging Jamaica 30 years ago today, the capacity to accurately predict the path and strength of major storms was inferior then to what exists now.

Despite some difficulty, head of the Weather Branch, Kareen Gourzong, is confident that current technology can accurately predict the trajectory and strength of tropical cyclones.

Gilbert was formed on September 8, 1988 and ended up peaking at Category 5 strength when it left Jamaica. At 5 a.m. on Friday, September 9, the National Meteorological Service issued a hurricane alert. Subsequently, a hurricane warning was issued on Sunday, September 11, at 3 p.m. The time between the issuing of the warning and Gilbert's impact was not enough for the nation to adequately prepare. Gilbert made first landfall on the east coast of Jamaica on Monday, September 12, at 10 a.m.

The devastation caused by Gilbert was estimated at US$4 billion.

"Weather forecasting and, specifically, tropical cyclone forecasting has come a long way since Hurricane Gilbert impacted Jamaica 30 years ago. Projecting the track and intensity of another Gilbert remains a very complicated process in 2018, as it was in 1988. During 1988, official tropical cyclone tracks were only predicted up to three days. But now, tracks are available up to five days," Gourzong said, asserting that citizens now have more time to prepare.

"Uncertainties still exist, especially where forecasting intensity is concerned, but advances in numerical weather prediction (NWP) and weather satellites make the job a bit easier. These days, some numerical weather-prediction models provide up to 16 days worth of future scenarios of weather."

According to Gourzong, the impact satellite imagery has had on improving forecasting should not go unnoticed.