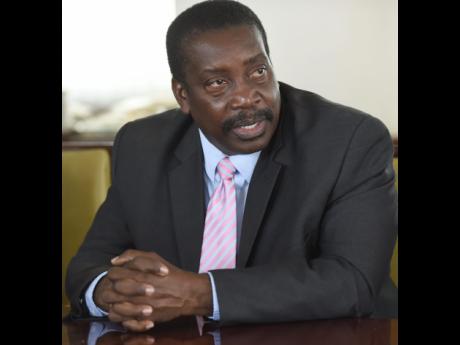 While the National Council of Taxi Associations (NCOTA) is contemplating its next move in relation to a fare increase, members of the Western Taxi Association are eager to hike their fares, saying that the current economic climate demands such an action.

Taxi operators across the country have been pressing for a fare increase in recent months, arguing that rising fuel and vehicle maintenance have had a significant impact on them. They say it has become impossible to survive without a substantial increase.

In support of the taxi operators' position, the NCOTA recently announced that it is seeking to arrange a meeting with the Ministry of Transport to highlight their plight, as well as get an insight into the Government's plan to address the concerns they have highlighted.

Dion Chance, president of the St James Taxi Association, said that his members are facing a major financial challenge in terms of the maintenance costs for vehicles and the viability of operating the service.

"The members are feeling it, just like everybody else, and they are looking forward to an adjustment [in fares]," said Chance. "Some vehicles should have been imported to ease the older stock, but many persons have not been able to change out these older vehicles."

Patrick Forrester, president of the Petersfield Taxi Association in Westmoreland, said his members are now running out of patience as they have become tired of waiting for a justifiable fare increase.

"The fares will adjust themselves as PetroJam comes back into production and the market settles down. The taxi men are offering a service, and they have not increased their prices," Montague said.