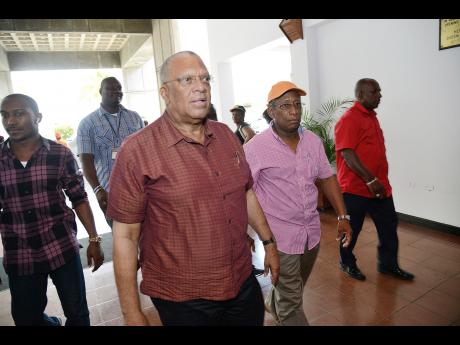 Just over 3,100 delegates are on the voters' list, and vice-presidential elections usually attract about 80 per cent of those eligible to vote, but bad weather could see that number dip even further.

"Rain will not impact the delegates from the Corporate Area, St Catherine, and St Thomas, but those coming in from the northern and western parishes could be impacted, and there are some candidates who need those votes," one PNP insider told The Gleaner.

"This election is one of the difficult ones, and every candidate needs every vote they can get because there are no open alliances and no clear enemies, so there is little by way of slates going into this one," added the insider, who asked not to be named.

He noted that at the last PNP vice-president race in 2016, there were clear battle lines between two of the candidates, and delegates supporting either were told not to include the other in their picks.

This time around, the delegates will have to select four from a line-up of Dr Angela Brown Burke, Dr Fenton Ferguson, Phillip Paulwell, Mikael Phillips, Damion Crawford, and Dr Wykeham McNeill.

Any vote with fewer or more than four selections will be considered spoilt.

"Ferguson came out on top with 2,479 votes in 2016, and Angela finished fourth with just over 2,000 votes. This time around, it will be difficult to see anybody reaching that Ferguson mark, and I suspect that anyone who gets 1,600 to 1,700 votes will make it," said the insider, who declined to make a guess as to who would go through.

Voting begins at 10 a.m. and ends at 4 p.m. at the National Arena. The election will be supervised by the Electoral Office of Jamaica, and PNP General Secretary Julian Robinson says the results should be ready by 6 p.m.