No shield for cops - Mark goes hard on ‘corrupt, criminal, beyond help’ JCF 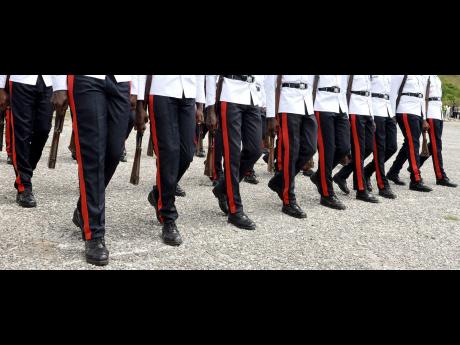 Contributed
The reputation of the JCF is poor. Some would argue they are just not fit for the purpose. Throughout my career [in the JCF] I saw the intelligence reports to substantiate this - Mark Shields 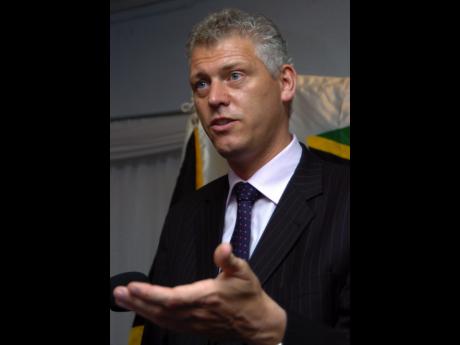 Twenty per cent of the men and women in the police force, including senior officers, are "corrupt criminals and totally beyond help", a former high-ranking member of the Jamaica Constabulary Force (JCF) has asserted.

Mark Shields, the British-trained cop who served in the JCF for nearly 15 years before stepping down as deputy commissioner, asserted, too, that another 60 per cent would engage in corrupt practices "if the circumstances arise".

The other 20 per cent are "beyond reproach", Shields said, noting that his assessment was based on what he was told by a senior member of the JCF.

"Corruption within the JCF went to the highest levels," he declared during the CIN Caribbean lecture series held at the Schomburg Centre for Research in Black Culture in New York, United States, on Wednesday.

Seeking to support his assertions, Shields pointed to allegations of extrajudicial killings and that police personnel were "involved directly" with criminals ..."including intelligence that senior officers have been complicit in allowing drugs to be trafficked with massive pay-offs to the senior cops, who, in turn, paid the lower ranks for their escort duty".

"The reputation of the JCF is poor. Some would argue they are just not fit for the purpose. Throughout my career [in the JCF] I saw the intelligence reports to substantiate this," the former JCF crime chief insisted.

He revealed, too, that in 2007, with support from a United States (US) law enforcement agency, members of a specialist unit within the JCF were administered lie-detector tests "and over 60 per cent of the police investigators on that unit failed".

NOT GIVEN BASIC EQUIPMENT TO DO JOBS

Shields blamed the breakdown in the JCF on a number of factors, including poor wages, the absence of basic equipment, the "squaddie mentality" and the failure of successive government to invest in vehicles and the upkeep of police buildings.

"They are not given the basic equipment to do their jobs. [They get] a utility belt with flashlight, pepper spray, handcuffs and expandable baton and body armour. They don't even have radios that enable them to talk to their colleagues and control," Shields lamented.

The former Scotland Yard detective argued that the "squaddie mentality" and what he described as an unhealthy culture within the JCF was borne from "their sense of how they are valued externally" and recounted the resistance to change.

"I can recall within the time that I served, there was a group with whom I worked that shared the same values of my fellow international police officers," he said of the five British cops seconded to the JCF decades ago to help lead a transformation of the Jamaican police.

While making it clear that he supports neither the governing Jamaica Labour Party nor the Opposition People's National Party, Shields had praises for Prime Minister Andrew Holness and some of the anti-crime measures now in place.

"I think Jamaicans get a sense that this Prime Minister really means business," he said.