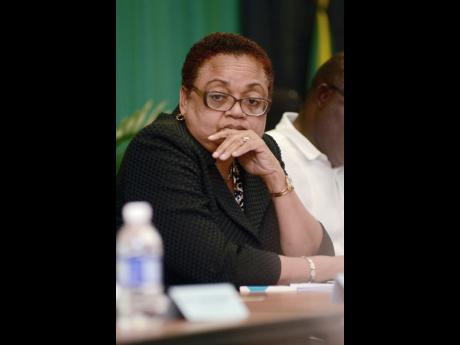 General Secretary of the Jamaica Association of Local Government Officers (JALGO), Helene Davis Whyte, has rejected claims that among the issues causing a delay in naming a new head for the Jamaica Fire Brigade is a lack of succession planning.

Last week, Russell Hadeed, chairman of the board of directors of the brigade, reported that a search was on for a new commissioner and pointed to the difficulties in filling such a key post.

"It has been a situation of moving people around, giving them experience and building capacity. What has happened is that over the years persons have just moved up the ranks and there was no succession planning," Hadeed told The Sunday Gleaner.

But Davis Whyte, who heads JALGO, which represents the majority of staff at the brigade, told The Sunday Gleaner that, to her knowledge, there was always a succession plan in place.

"Around 2006 we agreed with the management that the process for the selection of a commissioner and the other senior officers of the brigade should be a little bit more rigorous.

"And so rather than just an interview, we agreed to what is called an assessment centre approach to the selection, and so persons who are vying for that position are given an in-basket exercises that would require them to deal with scenarios and to be able to say how they would deal with whatever scenario is presented to them.

"In addition they do face-to- face interviews and selections would have been done. All of that was in place when this current board took office," said Davis Whyte.

According to Davis Whyte, in the almost two years that the Hadeed-led board has been serving, it has already had a clash with the union as it relates to selecting a commissioner for the brigade.

"We had a problem with the board before the last commissioner left office. When former commissioner (Errol) Mowatt was demitting office nothing was in place from the board's end to select his replacement, even though it was known that he was going to be retiring.

"Nothing was done. In fact, an attempt was made to have a member of the board act as commissioner, which we objected to. As unions we sought the intervention of the minister of local government and that was scrapped," said Davis Whyte.

She said since Commissioner Raymond Spencer retired in June, the union has been asking when the new commissioner would be selected, but it has not been getting any information from the board.

"We had raised it to the minister of local government. We had a meeting earlier this year based on letters that we had written expressing our concerns.

"In that meeting, it was agreed that we would be meeting back with the minister to go into some details in relation to the issue of a new commissioner, as well as other issues that we had concerns about, but as it turns out that never happened," said Davis Whyte.

The JALGO head charged that the process is taking long because the board does not want to use the correct channel to select the next commissioner.

"The real problem, as we see it now, is that the board wants to go on a folly of its own and that is why we have this long delay. They don't want to use the process to select the best candidate.

"We are concerned, and that's why we got that process in place, one of the best processes we believe in selecting someone to lead an organisation. The problem we have is that the board does not want to use the process," said Davis Whyte.

Efforts to get a response from Hadeed were unsuccessful last week.