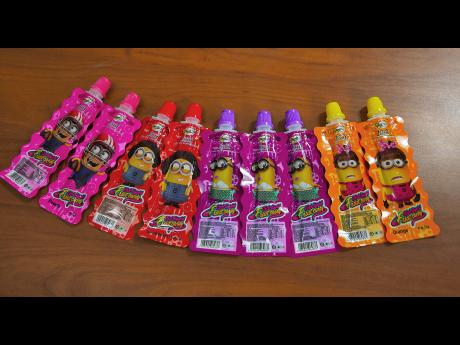 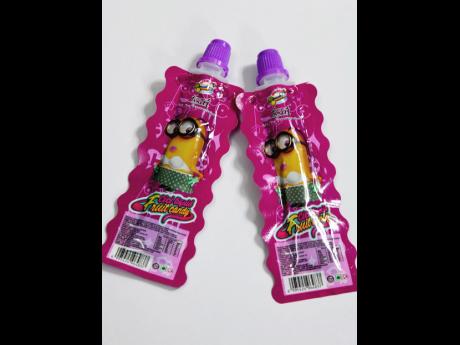 Norman Grindley
The versions of a liquid candy featuring a female minion, who is yet to appear in the movies, wearing a skirt and an exposed brassiere, with the rainbow coloured image resembling a male genitalia. 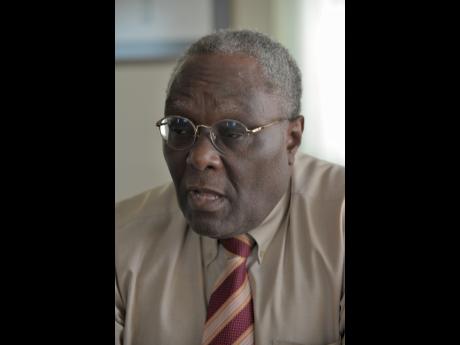 A new liquid candy being marketed to the children at primary schools across the island, with a symbol that appears to be rainbow-coloured male genitalia, has sparked outrage from some parents and children advocates.

One package of the liquid candy features a female minion, who is yet to appear in the movies. She is a seemingly young girl wearing a skirt and an exposed brassiere, with the rainbow coloured image and a 'ME&U' trademark, also on the front.

The candy is being sold in downtown Kingston in some wholesales at $220 for a pack of 12, and at school gates for between $30 and $40 each. It has two manufacturing addresses, India and China, and is described on the package as a sugar-boiled confectionery with its main ingredients being glucose syrup and citric acid.

Last week, several parents cried foul as they pointed to the rainbow-coloured image on the package.

"Even though it's not a large image, it's on the packaging nonetheless, and I really wouldn't want it giving my child any ideas," said Penny, mother of a seven-year-old girl.

"A so dem do poor people pickney all the time. Tek time influence them wid them out-a-order business. If me see my pickney wid it me a dash it weh. It don't look right," said another parent.

The image also does not sit well with child advocate Betty Ann Blaine, who charged that this is another effort by the homosexual political movement to condition children.

"If you look at some of the initiatives being taken globally, children are being taught about homosexuality and transgenderisim, and it is being done at the youngest ages," Blaine told The Sunday Gleaner.

"So I am not surprised that they are packaging the homosexual agenda and ideology and focusing on the children. I am only alarmed and distressed that it has reached Jamaica, it is at our school gates, and our children, who are so innocent, gravitate to it because the minions are so popular," added Blaine.

She argued that Jamaica has to take a stance on the conditioning of the nation's children.

"Our Government has to be vigilant as far as these types of candies are concerned. I think that they should be pulled off the market and we should know who is importing them and who is monitoring what is being sold at school gates," declared Blaine.

Chairman of the Jamaica Coalition for a Healthy Society, Dr Wayne West, also condemned what appears to be the use of a popular movie character to spread the homosexual message to children.

"This is part of the desensitisation of our children and there are significant forces behind this," West told The Sunday Gleaner.

He said this desensitisation is being spread by some feminist groups and members of the LGBT (lesbian, gay, bisexual, and transgender) community, among others, who fit into a cultural Marxist philosophical framework.

"Most people are aware of Marxism as an economic phenomenon, but they are not aware of Marxism as a cultural phenomenon which seeks to bring down all traditional roles, family, marriage and values that we hold. I see the candy as just another effort to indoctrinate children, to desensitise them ... and I'm sure it is carefully orchestrated by significant persons," declared West.

He argued that it has been recognised that the sooner you begin to indoctrinate children the better it is, and five years old is the age which those with their agendas will look to start.

"We speak about these things but they are not occurring in isolation. You hear people making aggressive attempts to get what they call 'comprehensive sexuality education' in the schools, and this is just about what this candy is doing, desensitising children to sex and making them (believe) that in their approach to sex anything is permissible and at any age too," charged West.