'Charge them!' - Private sector wants persons to be held criminally responsible for findings at Petrojam 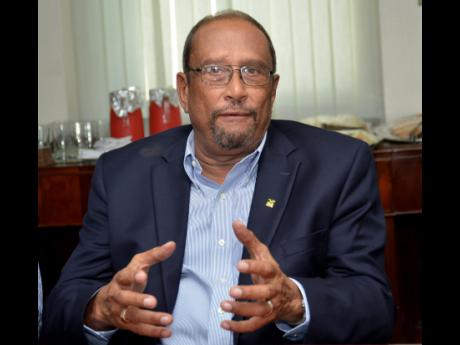 Someone should be held criminally responsible for two of the more damning findings unearthed by a comprehensive audit of the state-run oil refinery Petrojam and the Petroleum Corporation of Jamaica, private sector leaders charged yesterday.

Further, the Private Sector Organisation of Jamaica (PSOJ) wants the findings referred to the finance ministry, in keeping with the Financial Administration and Audit Act, "to see what, if any, sanctions should be imposed".

The recommendations by the PSOJ come in response to the report by the Auditor General's Department (AGD) that Petrojam could not account for 600,684 barrels of oil valued at $5.2 billion over a five-year period and that the company spent US$21,000, or approximately J$2.6 million, to host two "surprise" parties for former energy minister Dr Andrew Wheatley and then chairman of the entity Perceval Bahado-Singh.

"The toxic environment and the parties are also disturbing, but in terms of hard, cold facts, if $5 billion of fuel is missing, somebody should be investigated and prosecuted," Howard Mitchell, president of the PSOJ, told The Gleaner.

"That is taxpayers' money," Mitchell insisted.

Yesterday, the Andrew Holness administration sought to assure the nation that there would be "decisive action" arising from the findings of the AGD.

Robert Morgan, director of communications in the Office of the Prime Minister, revealed that Holness, the prime minister, was studying the report and planned to hold consultations "with the relevant persons and entities".

THERE WILL BE DEFINITIVE ACTION

"It is important that we have a process that ensures that when decisions are made, they are made consciously, they are well-reasoned decisions, and they are decisions that can withstand scrutiny."

However, Morgan could not give a timeline for when the analysis and consultations would be completed but said that he was confident that the Government would take additional steps to ensure that "confidence can, once again, be reposed in the functioning of Petrojam".

Mitchell said that the PSOJ was also studying the report by the auditor general but asserted that "on first glance, it is apparent that nobody was in charge".

The PSOJ head said that the report underscored the need for comprehensive public-sector reform.

"It is of grave concern to us," Mitchell said.

The AGD report painted a picture of a free-for-all at the state-run refinery, including breaches of the Government's procurement guidelines in the award of two contracts, totalling $31 million, to one consultant.

SEE LINK FOR AUDITOR GENERAL'S DEPARTMENT COMPENDIUM OF A REVIEW OF ASPECTS OF PETROLEUM CORPORATION OF JAMAICA (PCJ) AND A COMPREHENSIVE AUDIT OF PETROJAM LIMITED: http://bit.do/PetrojamReport