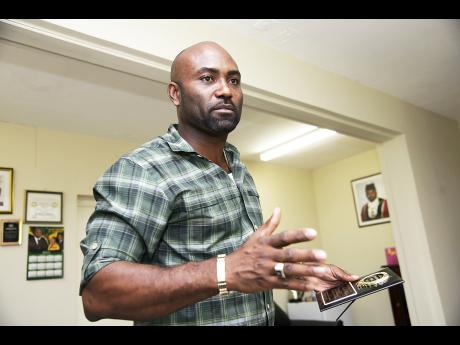 Stung by the public criticisms that followed a disclosure that some $1.5 million was spent by Petrojam to throw him a surprise birthday party, former energy minister Dr Andrew Wheatley is in talks with friends and backers about paying back the money to the state-owned oil refinery.

Wheatley last week declared that he was not aware of the level of expenditure and attended the party based on an invitation, having travelled to Montego Bay, St James, for official business.

"I must express my disappointment and shock and put things into context. I was surprised by the party. I was not aware of the source of funding and I would not, under any condition, support the use of public funds for any private event," Wheatley told The Sunday Gleaner.

"That is something that is against everything that I believe in. People who know me know that I would rather do without than use public funds in a manner like this," declared Wheatley.

Does not have the money

He said he has since been in discussions with friends to find a way to pay back the money, as he does not have that sort of money personally.

"This has caused a lot of distress in my family and it has been a teachable moment for me. My mother has not stopped crying," added Wheatley, as he declared that he entered politics to serve the people of Jamaica.

"I understand the concerns and the anxiety of Jamaicans based on the findings released in the auditor general's report. It hurts because I am personally committed to Jamaica. I have learnt from this experience and it is a very humbling experience."