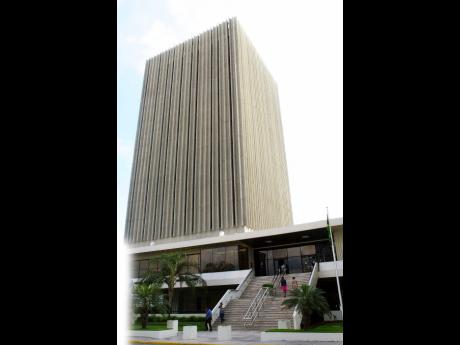 The Bank of Jamaica (BOJ) says that total demand for local currency is expected to increase by $18.1 billion, or 16.5 per cent, leading to an estimated $128.1 billion in circulation for December 2018.

The BOJ indicates that the anticipated increase, which coincides with Christmas festivities, is broadly consistent with the 16.5 per cent growth recorded for December 2017 as well as the five-year average growth rate of 17.3 per cent for the month.

"When the forecasted change in the general level of consumer prices is taken into account, the projected real growth in currency for 2018 is 10.5 per cent, which is higher than the real growth of 7.3 per cent for the previous year," the BOJ outlined.

The bank pointed out that projected acceleration in the growth in real currency demand for December 2018 is consistent with the higher growth rate that has been evident between August and November 2018, "possibly associated with a strengthening in real GDP growth and employment over the second half of the year".

A total of $4.2 billion in currency was issued by the BOJ between December 1 and 14, representing a 3.8 per cent growth for the month to date as against a net issue of $1.4 billion over the same period in 2017.

As at December 14, 2017, the stock of currency in the hands of the public and in the vaults of financial institutions amounted to $114.1 billion.

There is normally a stronger demand for currency during the month of December, associated with increased spending over the holiday period.