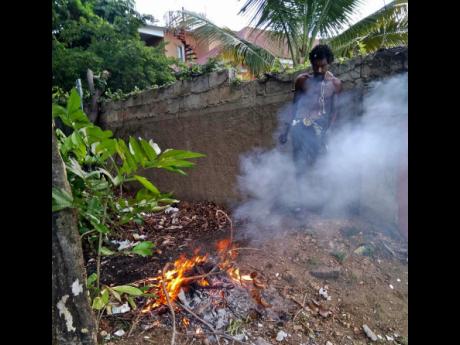 Contributed
One of the homeless men watches a fire he is believed to have started in the open lot beside the Discovery Bay Branch Library. 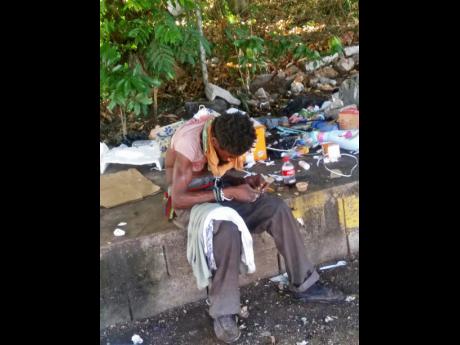 Contributed
One of the homeless men who occupy the open lot beside the Discovery Bay Branch Library.
1
2

Several community groups in Discovery Bay, St Ann, have voiced concern over two men who have taken up residence in an open lot next to the library along Main Street in that town.

The residents told The Sunday Gleaner that for both humane and security reasons, they are insisting that the authorities act expeditiously to remove the homeless men.

According to the residents, the men continuously light fires at the location, causing them to summon the fire brigade on at least two occasions.

One resident charged that the situation is now a direct threat to public health, sanitation and security.

He said despite letters sent to the Poor Relief Department, the St Ann Municipal Corporation and the police, to date, nothing has been done.

"We are convinced that one, if not both, is a mental case and needs to be recommended to the mental asylum by the health officers, and not to the infirmary," said one resident.

"The men have unwittingly converted the public spot into a cesspool of garbage and filth that poses a danger to public health. There is also a security concern as well, as children and the elderly are afraid to walk past them after dark. My own helper was stoned last week," said the resident who asked not to be named.

"It's a deplorable, inhumane, sad state of affairs and residents are fuming. We need help," he added.