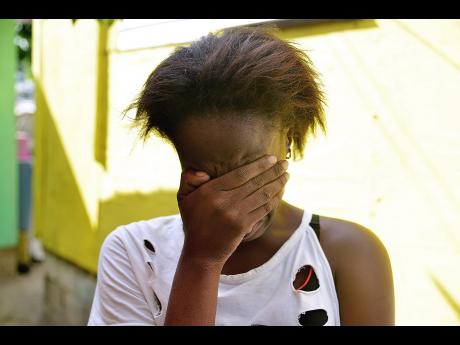 Kenyon Hemans
Renee Clarke in tears as she talks about the last time she spoke with her sister, 14-year-old Shanique Clarke, who was killed on Sunday night. 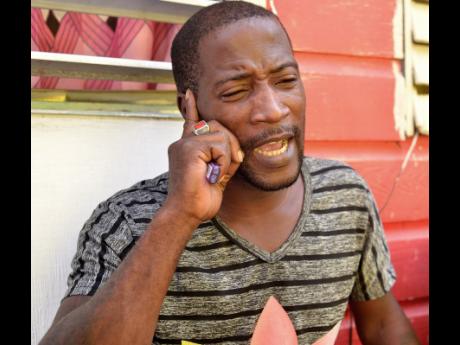 When Renee Clarke's phone rang shortly after midnight into yesterday, and the shaky, unknown voice on the other end told her that her youngest sister, Shanique Clarke, had just been cut down in a hail of bullets, it sounded like a sick joke.

For starters, the incident unfolded at a property along Bowens Road, off Waltham Park Road in St Andrew, when 14-year-old Shanique was supposed to be staying with relatives in Arnett Gardens.

RenÈe, however, would later learn that her sister had pulled a fast one on the family and opted to attend a bike show near Bowens Road in what would prove to be her final hours.

"She left out Friday afternoon to go stay with her grandmother and other family who live round a Jungle. We (Renee and her father) confirmed that she reach safely Friday, we talk to her Saturday, and up to Sunday morning, we confirm that she at her grandmother," shared Renee when The Gleaner visited the family home off Lyndhurst Road yesterday.

Her father, an emotional Michael Clarke, also tried to piece together what went wrong.

"My bigger daughter, who also live over Jungle, tell me that she see Shanique Sunday night around six to seven o'clock and Shanique tell her that she was coming to me. She say my bigger daughter tell her that I say not to come over tonight because the time late, so stay till Monday because she don't have school till Tuesday. She (Shanique) tell her sister that she going around her aunty go sleep when she know say a bike show she a go," he recounted.

In disbelief, he lamented, "Me can't believe this reach my daughter."

For 18-year-old Renee, her sister was a playful, fun-loving girl with big dreams.

"She was ready for school tomorrow (Tuesday) and just needed to wash her uniform to go out. I can't believe this," she expressed, tears streaming down her face.

"She never said what she wanted to become in life exactly, but she was always positive about making a better life. This is the worst news ever."

Reports from the Hunts Bay Police are that about 10:55 p.m. on Sunday, Shanique, a grade eight student at Spanish Town High School, was among a group of four persons, aged 14 to 16 years old, who were surprised by a group of rifle-toting thugs firing indiscriminately. All four were shot.

The other three youngsters remained hospitalised up to yesterday afternoon.

In the aftermath of the shooting, the body of a fifth person, 44-year-old self-employed Michael Anthony Brown, was discovered along Harvey Road, a stretch adjacent to Bowens Road.

Speaking to The Gleaner at the crime scene yesterday, commanding officer for St Andrew South Division, Superintendent Gary Francis, said the police are theorising that Brown was shot during the same incident.

Francis noted, too, that early indications are that the shooting stemmed from an existing gang feud.

Francis has since named Odane Gunter, also known as 'Meme' and 'Memphis', as a person of interest and is appealing for him to turn himself over to the police promptly.

"We believe he can assist us with this crime. We also want to reassure residents that the presence of the security forces will be in this community to ensure their safety, but we depend heavily on them as it relates to helping to solve this crime," he said.