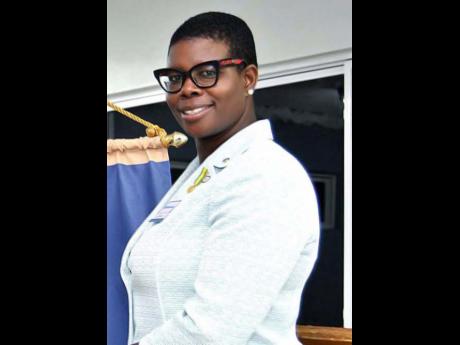 Julian Davis Buckle, acting assistant commissioner at the Jamaica Fire Brigade, is making an urgent appeal to Jamaicans to be mindful of how they store fragile and heavy items in their homes, as this could make the impact of an earthquake much worse.

Buckle, who is also the chief fire prevention officer, was speaking with The Gleaner following the launch of Earthquake and Tsunami Awareness Month, held yesterday.

"What we want Jamaicans to do is take heed. Jamaicans should not take the 'duck and cover' drill lightly, because it saves lives. Read the papers so that in the event of an earthquake, you can respond rationally," she said at the event, which was held at the Office of Disaster Preparedness and Emergency Management (ODPEM) offices in New Kingston.

"The way we care for our home is another aspect. We know that we don't want the children to get a hold of the chinaware, and so we put them on the top shelf. However, a slight tremor can cause them to fall and can cause serious damage," she continued.

Karleen Black, scientific officer at the Earthquake Unit at the University of the West Indies, had similar views.

"Jamaicans have been trying on their own to build safely. Many of our homes could possibly withstand a strong earthquake, but then we have the large furniture and large paintings. Things like your big LCD TVs and even your kitchen cupboard doors could fly open, dishes could become missiles. So that's the kind of situation that the average Jamaican should pay attention to," Black told The Gleaner.

In the meantime, Local Government Minister Desmond McKenzie warned Jamaicans that the Government will not be afraid to conduct mandatory evacuations.