Gillian Haughton is the new CEO of AMCHAM of Jamaica 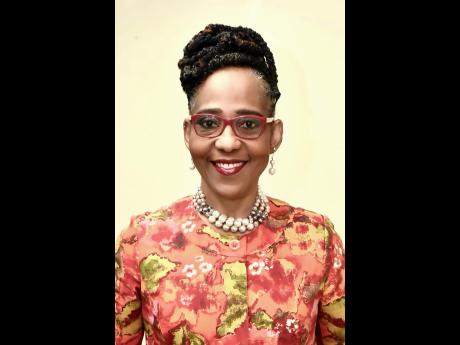 Effective February 11, Gillian A. Haughton will be the new chief executive officer (CEO) of the American Chamber of Commerce of Jamaica (AMCHAM, Jamaica).

In a press release yesterday, the organisation said that as CEO, Haughton would ensure that AMCHAM continues to leverage itself in promoting trade and investment opportunities among Jamaica, the United States, the region, and other countries worldwide.

"She will also facilitate fora, which will allow Jamaican business persons to advocate public policies and provide opportunities for international linkages for AMCHAM's members interested in promoting and growing their business," the release said.

With a communications career spanning more than 30 years, Haughton has worked in media, advertising, and government.

Before joining AMCHAM, Haughton spent 12 years at the Ministry of National Security, where she was director of public affairs and communication, and for the past 10 months, was project manager responsible for communication of the JamaicaEye initiative.

A seasoned media practitioner, Haughton spent nearly 20 years between the Jamaica Broad-casting Corporation and the RJR Communications Group in various positions, including radio news producer, news and current affairs editor, and television news editor. She has lectured in the Introduction to Media and Communications course at the International University of the Caribbean, worked as a copy editor for The Gleaner Company, and was public relations director at Advertising & Marketing (Ja).

Haughton holds a Bachelor of Arts (Hons) degree from The University of the West Indies as well as a diploma in broadcast journalism from the University of Wales, College of Cardiff. She also holds a certificate in advertising, media, and online communications planning from York University, Canada.

Haughton was one of three journalists from the Latin American region to be selected as a participant in the North-South Fellowship at the School of Communication at the University of Miami.